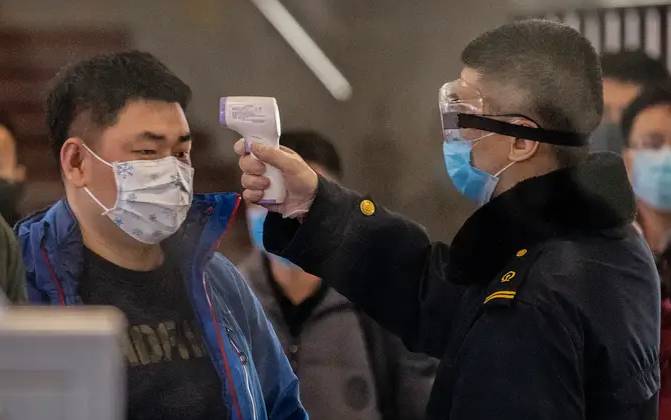 In a journal titled “The neuroinvasive potential of SARS CoV2 may play a role in the respiratory failure of COVID 19 patients”; Yan Chao Li, Wan Zhu Bai and Tsutomu Hashikawa have explained the manifestation of symptoms some of which are terminal.

Generally, patients who drop due to respiratory failure are said to be having affected lungs where they end up suffocating from the infections in the lung cells. But there is more to it.

The study attributes this to a situation where the virus invades the Central Nervous System hence triggering other neurological illnesses. Covid-19 is, in this case, referred to as being neuroinvasive- a process which is also emulated by a clade of other coronaviruses.

It states “increasing evidence shows that coronaviruses are not always confined to the respiratory tract and that they may also invade the central nervous system inducing neurological diseases.”

“Such neuroinvasive propensity of coronavirus diseases has been documented almost for all the coronaviruses, including SARS, MERS, mouse hepatitis virus, and porcine hemagglutinating encephalomyelitiscoronavirus (HEV).”

The neuroinvasive nature of Covid-19 translates into neologic symptoms such as headache, nausea, and vomiting.

The virology journal which was published by Wiley Periodicals, Inc on February 14 concluded that once the coronavirus enters the body, it affects the lower respiratory tract and may spill over to the brain.

“The infection of SARS CoV has been reported in the brains from both patients and experimental animals, where the brainstem was heavily infected… Such neuroanatomic interconnections indicate that the death of infected animals or patients may be due to the dysfunction of the cardiorespiratory center in the brainstem,” the study says, as it explains resultant damage and causes of death.

The researchers also hint that the chances of one surviving a Covid-19 infection is reliant on the first symptoms of the patient and how they are managed by the medics.

Countries around the globe have activated health emergency responses. Part of the initiative has been about educating the citizens about the symptoms to watch out for and seek medical help faster.

Nonetheless, just knowing the symptoms may not be enough. According to the study, clinical symptoms displayed by coronavirus patients determine their subsequent survival chances, at least based on the recent experiences in Wuhan.

“Based upon the first-hand evidence from Wuhan local hospitals, the common symptoms of COVID-19 were fever (83 99 per cent) and dry cough (59.4 -82 per cent) at the onset of illness,” journal reads in part.

It states that fever and sore throat are common symptoms but they do not bear the greatest risks-dyspnea does.

Dyspnea is an acute breathing problem responsible for the flocking on the intensive care unit as has been witnessed in Italy, which is currently posting an alarming number of deaths.

According to the study, distress in breathing is not a death sentence but is a clinical symptom that ought to be mitigated with lots of urgency and accuracy.

It gives a timeline within which patients and medics can watch out for the symptoms and mitigate their severity. The first week is crucial as revealed in the findings.

“Based on an epidemiological survey on COVID-19, the median time from the first symptom to dyspnea was 5.0 days, to hospital admission was 7.0 days, and to the intensive care was 8.0 days,” the study says.

By Mactilda Mbenywe 10h ago
When cancer runs in the family