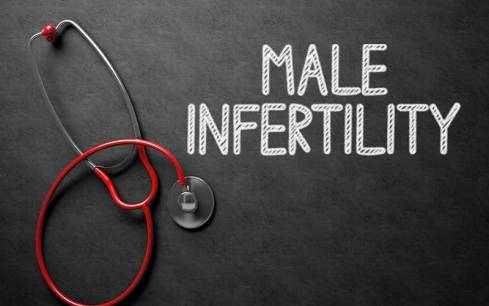 “The number of men presenting with the inability to produce sperms almost doubled within five years,” said Dennis Chalo, a researcher at the Kenya Medical Research Institute (Kemri).

Chalo was presenting data from the University of Nairobi’s specialist semen analysis laboratory at Kemri’s annual scientific conference in Nairobi. The study involved records of 85 men referred for semen analysis from hospitals across the country.

The biggest problem, affecting about a quarter of the men (24 per cent) was low sperm count, a condition called oligoozospermia. Having low sperm count, less than 15 million sperms per milliliter of semen which is the international red line, decreases the chance of one making a baby.

Another 14 per cent did not produce any sperms, a condition called – azoospermia. This number had almost doubled from 7.6 per cent recorded in 2013 at Kenyatta National Hospital (KNH).

“This is a worrying development and we suspect the huge increase could be as a result of rising hard-to-treat sexually transmitted infections (STIs),” Chalo told My Health.

The data suggests sperm problems in about 35 per cent of the group were due to infections. Especially worrying is the increase in cases of hard-to-treat gonorrhea.

For example, Valerie Oundo of the US Army Medical Research Directorate-Africa, reported rising cases of gonorrhea that is resistant to the most recently recommended antibiotic - gentamicin. This, she said, was a major concern because untreated gonorrhea causes infertility in women and sterility in men.

Majority of the men in the sperm analysis study, Chalo said, were in a relationship with about 60 per cent having sired no child despite trying.

A quarter of the men seeking infertility answers had one child already, while a smaller number had three or four. Two men had six and seven children respectively but still determined to improve on their fertility. But even as Chalo made his presentation, across the highway, street boys were putting up posters advertising fertility treatment services offered by ‘traditional’ healers.

“We are paid sh5 for every poster which stays up and visible for at least a week,” said Julius, one of the boys. Among the most advertised services in the posters, now an eyesore in all urban areas, is ‘Nguvu za Kiume’, which include anything from male infertility and impotence to improved sex drive.

“This is an indication there is a big and growing male fertility problem out there and we need a well-organised response,” said Chalo.

The most affected age group was 30-49, although a significant number of those in their 20s presented with low sperm count.

A 2016 study by Professor George Magoha, a urologist (a specialist in the urinary tract system) and the current Cabinet Secretary for Education, also found a significant number of young men with erectile problems.

The study, published in the East African Medical Journal, involved 219 men attending urology clinics at Nairobi Hospital, KNH and a private facility at Hurlingham in Nairobi.

In 119 of the patients, their erectile dysfunction (ED) or impotence was as a result of a physical disease, while 85 patients had psychological causes and 15 patients had mixed causes.

High blood pressure, heart conditions and diabetes; all increasing diseases in Kenya, were the top causes of ED in the study group.

These problems were compounded by the use of various medications, hard drugs, alcohol, and tobacco with higher risk among older and obese people.

Magoha’s study was investigating whether this group of patients could benefit from the popular sex-enhancing drug Viagra.

Put on Viagra, the study reported dramatic improvement. “200 patients, 91.32 per cent, had improved sexual function after treatment with Viagra”.

A few patients, 19, showed no improvement after Viagra use while seven had mild adverse events including nausea, vomiting, headaches, and indigestion.

But despite the high success achieved with Viagra, Magoha said with the drug costing about Sh1,000 a dose it is not available to many. Due to the high cost and demand, Viagra has become one of the most counterfeited drugs in the country with alternatives of unknown quality selling at  Sh50 per pill. It is also one of the most ordered online drugs in Kenya.

“The major counterfeited drugs in the country include Viagra, due to their high demand,” says Dr Peter Mbwiiri Ikamati of the Pharmacy and Poisons Board.

Most men in the study considered witchcraft to be the cause of their infertility, which may partially explain the explosion of ‘Mganga’ services all over the country.

Research shows a drastic decline in sperm concentration and total sperm count in men from America, Europe, Australia and New Zealand. This was attributed to increased exposure to certain chemicals and pesticides, smoking, stress and obesity.

By Gardy Chacha 1h ago
Cervical cancer: The one thing you can do to stop it

By Dr Winnie Bore 9h ago
How Covid-19 made way for big steps in health technology
.

By Christine Koech 14h ago
Cancer risk factors to avoid