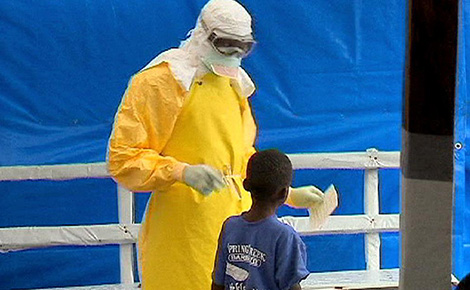 By mid-January, 16,600 children were left without one or both parents or their main caregiver in the three countries worst hit by the epidemic, UNICEF said.

Extended families and communities were providing care for the vast majority of the children with only three percent of them needing to be placed outside family or community care.

"Since overcoming their initial fears and misconceptions about Ebola, families have been showing incredible support, providing care and protection for children whose parents have died," Manuel Fontaine, UNICEF's regional director for West and Central Africa, said in a statement.

Children who had been exposed to Ebola were being kept under a 21-day observation period - the maximum incubation period of the virus - and provided with support by a network of survivors.

Ebola survivors are able to interact with the children during the monitoring period because they have developed a level of resistance to the virus, UNICEF said.

The epidemic created a window of opportunity for aid workers to identify vulnerable children and provide them with adequate care in countries where child protection systems were already weak before the outbreak, UNICEF said.

"We have a chance to address other forms of vulnerability that existed before the Ebola crisis, such as child marriage, child labour, sexual violence and exploitation," Fontaine said.