Why grafted dreadlocks could have you jailed 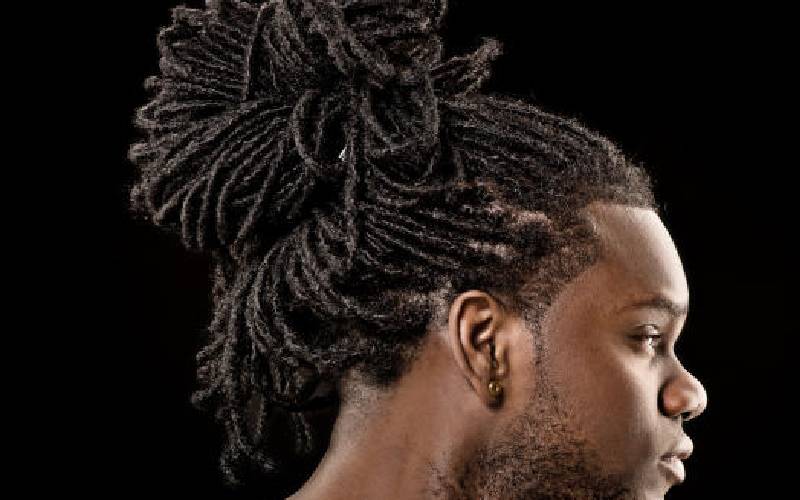 Hair is that crowning beauty on a woman’s head. For a man, hair can be a fashion or cultural statement, a display of individuality. But did you also know hair can be used to solve crimes including murder, rape, burglaries and robberies?

In February, President Uhuru Kenyatta was scheduled to open the Forensic Crime Scene Investigations Services of the Directorate of Criminal Investigations.

The National Forensic Laboratory will be a milestone in solving pending criminal cases as “we have been having challenges in some cases, but now this will help in many ways. It is a game-changer,” said Inspector General of Police Hilary Mutyambai.

The lab has been in the works for years but corruption scandals saw the project stall and with it, many unsolved crimes and innocent people being jailed for crimes they did not commit.

The absence of a crime lab forced investigators to rely on foreign labs to conduct tests for evidence on issues under probe. South Africa and some countries in Europe have often been the port of call for toxicological tests.

And this is where Kenyans who love buying real dreadlocks from real people come in:  What if the dreadlocked person whose original hair is on your head, was involved in a capital offence like murder?

The hair you bought might end up placing you at the centre of a crime scene with the attendant consequence of having to eat posho at Kamiti Maximum Prison if found guilty by default.

These are not the kind of scenarios those buying other people’s natural locks ask themselves.

Victor Otieno, a loctician at Desturi Dreadlocks Parlor in Nairobi, says buyers of dreadlocks are mostly those who love them but their hair takes ages to grow.

The two types of dreadlocks in the Kenyan market for men and women are artificial and natural dreadlocks.

“Under natural ones we have sista locks, micro locks and the normal dreadlocks while artificial locks depend on how they are made,” explains Otieno.

But where science knots into the hair industry is under the natural dreadlocks where, in some cases, someone shaves their dreadlocks and they are grafted to another person’s head,” says Otieno,

Are there any potential health effects with hair grafting?

“If the person had a certain condition there may be a transfer of bacteria. However, clients usually want to know the origin of the hair before it is grafted,” says Otieno.

Grafting other people’s hair can also have adverse legal consequences if the source is a criminal. Hair, indeed, can place someone in a scene of crime as it happened to Joseph H. Belstadt, the suspect in the disappearance and murder of 17-year-old Mandy Steingasser in New York that September 1993.

Mark Henderson, a chemist at the county forensic laboratory, tried to find evidence for 25 years, but finally succeeded after proving two pubic hairs  found in Belstadt’s car belonged to Steingasser.

The samples from Belstadt were taken on March 10, 1994. He was arrested on April 24, 2018 after DNA testing confirmed the hair was Steingasser’s.

In his 10-page affidavit, Henderson wrote that hair analysis has an advantage of time and “when combined with other techniques like nuclear and mitochondrial DNA, it serves justice.”

Belstadt was jailed for 25 years.

So, besides hair performing key functions in the body as a sense organ, temperature regulation and protection, it can also be considered as class evidence at a crime scene and be used in backing circumstantial evidence by placing someone at the scene.

And it doesn’t help if one coloured the hair as DNA identifies its owner.

“That is why in most crime scenes chances of the investigator getting hair is very high,” adds Dr Aluvaala.

Hair has two parts; the root and the hair shaft and Dr Aluvaala says “the root gives you the nuclear DNA that is unique for every individual, while the shaft gives you the mitochondrial DNA which is Identical for persons with the same maternal lineage.”

The most challenging part in the use of hair in forensics is that in most cases the suspects will shed the shaft of the hair hence analysis is limited to mitochondrial DNA.

However, the advantage of mitochondrial DNA is that it can be recovered even in extremely old and degraded samples so nuclear DNA is long gone we can still recover mitochondrial DNA and provide leads in forensic investigations.

DNA is simply the chemical name for the molecule that carries genetic instructions in all living things. There are two common types of DNA, mitochondrial and nuclear.

Mitochondrial DNA is found in the mitochondria which are organelles found in cells that are the sites of energy production. Nuclear DNA is made up of genetic material from parents.

From the DNA it is possible to determine family relations, identification of missing persons, disaster victim identification as well as provide proof for sexual assault cases.

In all these scenarios hair is one key tool that can be used to solve these cases.

“In family relation tests we have paternity test in which we test if the alleged father is the actual father. The maternity test requests often come from hospitals if there was a mix-up and we also do sibling-ship tests in the absence of a father or mother. The Y chromosome test can tell whether the male relatives are from the same paternal lineage,” explains Dr Aluvaala

“When conducting a paternity test, a child’s DNA profile is contributed equally by both parents and has to be 50 per cent for it to be positive for paternity.”

Despite variable features of different types of hair, their uniqueness can help forensic scientists determine the age, gender and racial origin of the subject in question.

“Hair just like any other tissue in the body has two types of DNA, mitochondrial DNA, and nuclear DNA,” explains Dr Aluvaala.

At the Human Identification lab at Kemri collected samples from crime scenes will go through sample reception to check for the root or shaft of hair, which will determine whether the analysis will be nuclear or mitochondrial DNA.

A hair shaft results in a Mitochondrial analysis (maternal ancestry) while the root goes for a nuclear DNA (personal unique profile) and which takes two days.

In an ideal environment, a national databases has the DNA samples of individuals against which the results can be matched, especially in a crime setting.

“When cops bring hair samples they may also bring the suspects for sampling,” Dr Aluvaala avers, adding that 60 per cent of crimes are committed by repeat offenders and ‘offender indexes’ would really help in solving cases.

Grafted hair like dreadlocks are hair shafts and not necessarily root hairs.

Dr Aluvaala elaborates that, “It is not possible for their DNA to integrate into yours, the only possible thing could be if you go to a crime scene and you shed off that hair shaft. You will be leaving the DNA of the person who gave you the hair and if that hair is found and we are able to get the mitochondrial DNA, it will be linked to the person who donated the hair and not the person who committed the crime. You can also have both DNAs.”

Wigs and extensions are synthetic fibres that have no DNA but real human hair is likely to fall in the same category and contribute to false identity at a crime scene.

“We are in the process of developing a mitochondrial genome reference database for our population and we hope it will be useful to police when they have samples from a crime scene,” explains Dr Aluvaala.

“The information it will contain will be about your ancestry even ethnicity and it can help the police have leads.”

By Ayoki Onyango 7h ago
Why Maasais eat lots of red meat, but hardly suffer gout

By Kennedy Gachuhin And Valentine Zablon 7h ago
With this ovarian tumor, a woman can lose uterus

By Mactilda Mbenywe 7h ago
Mitumba: Blessing to economy, curse to environment
.

By Karan Gandhi 15h ago
Beware, the pancreas is a 'nasty, unforgiving organ'