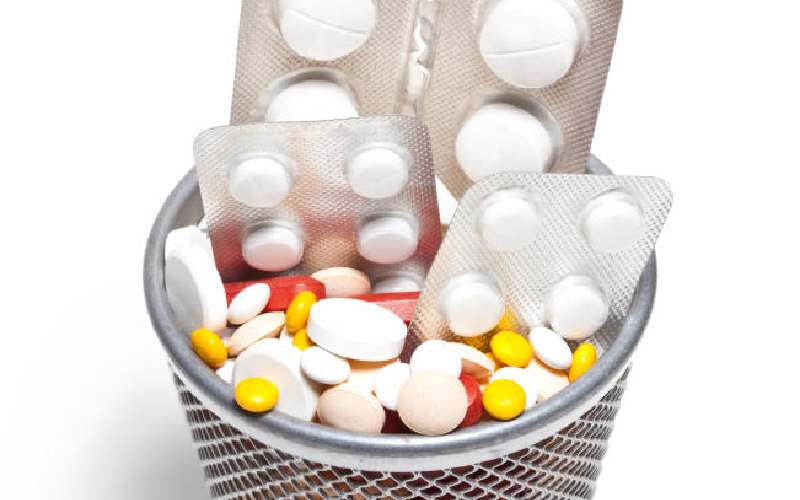 There is widespread misuse of antibiotics, a trend that has resulted in bacteria that is resistant to medication, a study has shown.

Antibiotics, the first-line miracle drugs, enjoy increasing availability. About 90 per cent of Kenyan households use antibiotics annually, an alarming rate of consumption, according to a study conducted between November and December 2020.

The cross-sectional survey titled, Antimicrobial Resistance Knowledge Among Kenyans, revealed that antibiotics were the most sold product in 58 per cent of Agrovets, and 43 per cent of pharmacies, where sale of antibiotics was only rivaled by painkillers, cough medicine and antiparasitic drugs.

Antibiotic sales contributed to 38.8 per cent of total revenues in pharmacies and 30 per cent in Agrovets.

Reasons for increased sales included the perception that antibiotics could treat all diseases, including non-bacterial infections like cold and flu. But of more interest is that Kenyans also reported failure of completing their antibiotic prescriptions and doses, besides sharing and stockpiling of remaining medications.

Of increasing worry is that improper use of antibiotics in human and animal health, has witnessed an alarming downside: The drugs are losing their ability to kill the germs they were created to conquer. Hard-wired to survive, many bacteria have evolved to outsmart medications.

The misuse and resulting resistance has been a growing concern not just in the country, but globally, according to a report released by World Animal Protection ahead of the World Antimicrobial Awareness Week.

The study titled, Evidence of Superficial Knowledge Regarding Antibiotics, and published in 2017, reveals that the mutant bacteria commingle with other pathogens in sewage canals, hospital wards and livestock pens, and can share their genetic resistance traits, making other micro-organisms impervious to antibiotics.

Farmers were the most frequent consumers of antibiotics, with dairy farmers at 49.6 per cent and poultry ones at 38.9 per cent. Dairy and poultry rearing are associated with intensive farming systems in which farmers overuse and misuse antibiotics to mask poor welfare practices, despite relative knowledge of consequences.

“Inappropriate practices included rampant sale of antibiotics without prescriptions, self-medication practice, failure to complete course of antibiotic therapy, sharing of antibiotics, and stockpiling of remaining antimicrobials were most common,” the study read in part.

Dr Victor Yamo, Farming Campaigns Manager, World Animal Protection, said: “Antibiotics were the commonly sold product in human and veterinary stores. This contrasts with the low sales of vaccines and other biosecurity measures,” meaning there were significant gaps in knowledge and practice that needed attention like shifting farmers from low welfare practices in which antibiotics are misused to cover them up to adopting higher animal welfare standards.

Ministry has administered 6.3 million vaccines across the country

By TONY MOCHAMA | 2h ago

Covid-19: 177 recover as 28 test positive in last 24 hours
To personalise content, tailor ads and provide best user experience, we use cookies. By using our site, you agree to use our cookies.