Pregnancy is a journey of a mother and her unborn baby. It comes with challenges and risks, creating a strong bond for both.

But this bond can be broken through miscarriage, stillbirth, or loss of child-ravaging the mother emotionally, socially, and physically.

Tabitha Mugane knows the pain of child loss. “I lost my baby, he was one year and 12-days-old. He had a heart problem and died on an operating table at the Kenyatta National Hospital (KNH)."

The void, emptiness and ensuing loneliness somewhat destabilized her emotionally as she sought closure.

“I was alone and I thought I was not worthy. I tried to commit suicide. At first, I tried to jump off at the KNH theatre building when I was told my son was dead, I also tried to take some pills,” she recalls of that dark period.

“It was not easy but I thank my family. I was always angry. I love smiling, so people thought I was okay. But when I got home, reality hit because I was all alone.”

Tabitha says matters are made harder for a mother as society shuns talking about pregnancy or loss of a child, but for her, she has tattooed her son’s name on her arms including date of birth.

Joyce Wachira, a mother of two lost one child through miscarriage in 2003 and “for many years I never talked about it because miscarriage came with shame” until she became vocal about it 10 years later.

“I started pursuing a lactation journey. I started seeing a lot of ladies struggling with lactation, when you dig deeper you would realize they also lost a baby,” explains Joyce, adding that being told you will get another baby always hurt but people don’t know when they say that.

“Perinatal loss is a very unique kind of loss,” says Joyce. “If it’s a miscarriage or stillbirth most people won't know. If you lose a pregnancy people ask you what are you grieving yet they didn’t know you were pregnant. It’s silent grief, only the parents feel it.”

Working parents who lose their pregnancies suffer more pain as most employers are not aware of the challenges they face,  but Joyce says there are different ways to overcome grief like “being part of a support group and there is where you will be with people like you, express your grief. There is no timeline for grieving. You grieve for so long as that person is dead.”

The accounts clerk by profession says she still considers herself the mother of Adrian who was born in 2019. “

It was a stillbirth,” recalls Wairimu. “I had a smooth pregnancy all along. Then I didn’t feel his movement. I went and did a scan and was told there was no heartbeat.”

What hurts her most is people telling her the pregnancy was indicative she was fertile and was still young and can give birth again, forgetting the pain and loss she has been through.

Before joining the support group, the pregnancy loss had left her feeling “like a failure. I felt angry, sad, like I let down so many people,” says Wairimu adding that with time, emotions ease up but “allow yourself to feel the pain.”

Grief comes in stages. Like a rough sea, it tosses, leaving victims confused, disoriented and lost. Some hear noises as they grapple with depression and other forms of psychosis.

Jacqueline Gathu, a counselling psychologist, says grief goes through several stages including “denial, anger, bargaining, depression, then acceptance. These stages of grief are not linear. It is very normal to sink into depression while grieving.”

In many societies, mourning often lasts just days until burial but that is when the real period of mourning begins and “having a support system is very important,” says Gathu. “Grief is a process in life that you cannot go through alone. You need people who will allow you to cry and mourn the way you know as they support you.”

Grief is the ultimate love you can give and there is no right way of mourning co concludes Gathu. “There are no shared experiences of grief. It is very personal. Hence the healing process differs from person to person.”

31 patients are in the ICU, 18 of whom are on ventilatory support and 13 on supplemental oxygen 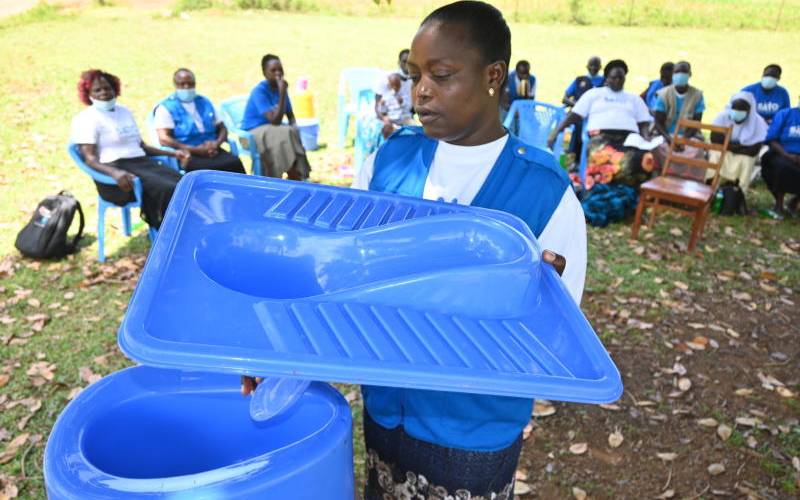