Why educated Kenyan women are more obese than dropouts

Medical experts are puzzled over increasing obesity among highly educated women in Kenya and other poor countries.

The study by the University of Missouri, US, on about one million women from 34 low-income nations shows similar trends in neighbouring countries, with almost a third of highest educated women in Tanzania and Zimbabwe obese.

“The finding that obesity is significantly more prevalent in women with higher education is contrary to what is seen in high-income countries,” said the study published last month (February 27, 2021) in medRxiv database.

A recent study by the US Centre’s for Disease Control and Prevention (CDC) showed obesity among females who did not finish primary schooling in the US was at 35.5 per cent, 32 per cent among high school graduates but 22 per cent among college graduates. “We found that highly educated women living in low-income countries are 5.12 times more likely to be obese than uneducated women,” said the Missouri varsity study led by Dr Cynthia Tang.

The Kenya STEPwise Survey 2015 by the Ministry of Health and the World Health Organisation (WHO) reported 27 per cent of Kenyans as either overweight or obese, with 38.5 per cent in women and 17.5 per cent men. The ministry had linked the rise in obesity to poor diets, inadequate physical activity, alcohol, and tobacco consumption, living in towns, being married, being female, and use of hormonal contraceptives.

Further analysis of the STEPwise data, published early this month (March 1, 2021) by Dr Rahma Mkuu, a Kenyan researcher at the University of Florida, US, also reports women with higher education to be at greater risk of obesity. “The likelihood of being overweight or obese was significantly higher among women compared to men, married compared to never-married participants, having primary education or more compared to lower education levels.”

Scientists say they have no clear explanation for this phenomenon but Tang and her team suggest better-educated women are likely to be wealthier, hence having more access to surplus food.

These are also likely to be working at busy desk jobs with little time for physical exercising. “Higher education may provide job opportunities that are less manual labor-intensive and therefore, less energy expenditure is required,” wrote Tiang.

Ben Tenya, a physical exercise instructor at Gyme Times in Kitengela, says they do not see many of the mature women coming for exercise. “Our clients are mainly the younger, unmarried women, more concerned about a trim shape and size rather than health benefits.”

He said while they do not have data on their clients’ education levels, high flyers are relatively few in public or commercial gyms. A deeper look into the STEPwise Survey by a team from the Ministry of Health also confirms better-educated women to be more sedentary and inactive.

The inquiry by Dr Muthoni Gichu, head of the Health and Ageing Unit at the Ministry of Health and colleagues found women were 1.72 times more likely to be physically inactive than men.

Additionally, researchers say, an entrenched culture where larger female body size is being worshipped as beautiful and associated with higher economic success may contribute to the phenomenon.

A 2013 study among 4,934 adults in Nairobi had surprised researchers at the Nairobi-based African Population and Health Research Centre when most, especially women who were already overweight, said they preferred a well-padded body. “A larger body size was commonly assumed to reflect good health and higher social status and may thus be considered desirable,” said the research.

Gichu should know what she is talking about, having been in a global team of experts which has compiled the WHO new guidelines on Physical Activity for Health 2020. “Where do you go jogging with all the boda bodas, traders, and insecurity all over sidewalks,” wondered Lucy Mbuthia of Ngara, Nairobi. “It is scary.” 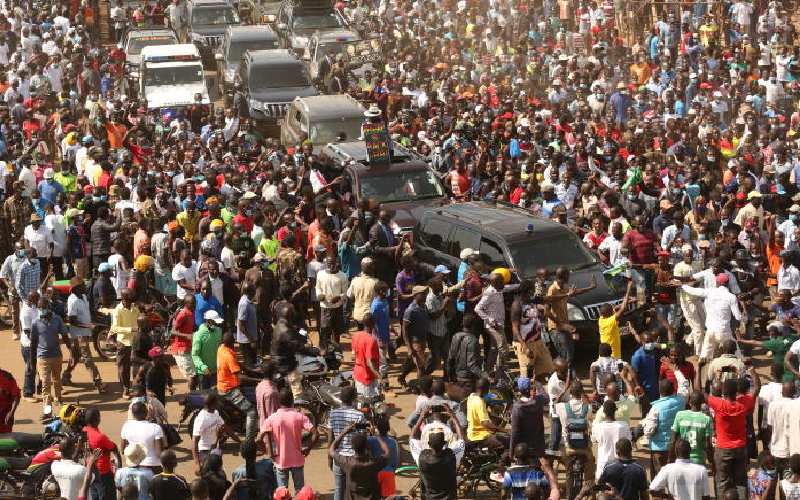