Nurses: We are not doctors’ assistants

The government has been accused of favouring doctors over other healthcare workers who are being offered inferior deals to end their strike.

Kenya National Union of Nurses (Knun) General Secretary Seth Panyako said while they are not asking for a lot compared to doctors, the latter seem to always get along with the government when it comes to negotiations.

The claims by the medics are based on last Thursday's event where the Kenya Medical Practitioners, Pharmacists and Dentists Union (KMPDU) signed a return-to-work formula, less than a week after their strike started, leaving out clinical officers and nurses.

This is despite clinical officers and nurses having started their strike earlier on December 7.

“The union has since April and on different occasions provided advisories and reports about the working environment to the government, which has often fallen on deaf ears,” read a statement from the Kenya Union of Clinical Officers, which was signed by General Secretary George Gibore and Chairman Peterson Wachira.

Last Thursday, Health Cabinet Secretary Mutahi Kagwe did not clearly state the reasons a deal was not reached with nurses and clinical officers, only indicating that the government has been, and is always, open to discussions with all healthcare workers. 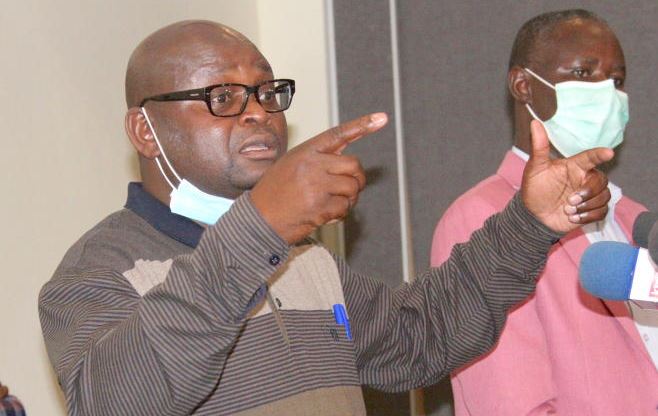 But the nurses’ union leader (pictured left) yesterday said he has not met with Kagwe, who has been meeting doctors.

“It is like we are not part of the Ministry of Health. Every department in that ministry is headed by doctors and those are the ones advising the CS,” said Panyako.

He added that the ministry had proposed a deal to have nurses take Sh8,000 as risk allowance against the Sh30,000 doctors are set to get.

It is this deal, he said, that scuttled the talks that were at the tail end.

“Why do we have people in this country looking down on nurses? We are not subordinate to doctors. We are the most important personnel in hospital. We are the hospital,” he said.

1.4 million Kenyans to get virus vaccine by June