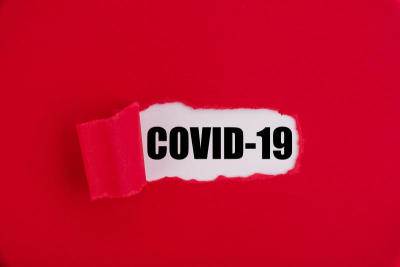 On the morning of November 29, Jackson Muchiri, lost his first born son at a health facility in Juja, Kiambu County.

Michael Maina, 28, had been taken to hospital with respiratory complications.

His death would, however, open a new chapter of agony for the grieving family, revealing a sad tale of greed, broken trust and a father desperate to find out the truth about his son’s demise.

Detectives from the Directorate of Criminal Investigations (DCI) intervened after it emerged the family was a target of an intricate web of rogue doctors and mortuary officials out to milk the dead to the grave.

Also roped into the investigations is Kenya Medical Research Institute (Kemri) from where a fake certificate confirming that Maina was Covid-19 positive, is said to have originated.

When doctors pronounced his son dead, Muchiri took the remains to a private mortuary with his wife Jennifer Wanjiru.

The outcome of the Covid–19 test would also have a major bearing on billing.

The mortuary official connected the family to a doctor allegedly contracted by the mortuary to take samples for this critical test, Muchiri said in his statements to the police.

They were asked to pay Sh10,000 to the doctor who would take the samples and deliver the test results within three days.

The money was sent to the doctor via mobile money transaction and the results were to be delivered in three days. The doctor claimed to be from Kemri.

And for the two days that the body had been lying at the mortuary, the family was slapped with a Sh88,000 bill, up from Sh16,500 they would have paid if the test results had confirmed that their son was Covid-19 free.

The family had a huge financial burden but neighbours at their Juja residence and well-wishers chipped in.

Interestingly, Muchiri’s wife Jenniffer who works at Jomo Kenyatta University of Agriculture and Technology (JKUAT) medical health centre sensed something was not adding up.

These discrepancies made the family seek clarification from Kemri.

At the Kemri headquarters on Waiyaki way, the family was informed that the Covid-19 test certificate that had been presented was fake. This was a shocker to the family.

Kemri officials advised Maina to report the matter to DCI for investigations.

The investigators recorded statements of the family, doctor who conducted the Covid-19 test, Kemri and the mortuary staff.

DCI concluded the Kemri certificate was fake and arrested the Juja based doctor.

He is being held at Githingiri Police Station in Murang’a and is expected to appear in court next week.

The investigators have recommended the prosecution of the lab technician with the offence of making a false document.

Gitari declined to reveal the number of complaints of such a nature that his office was investigating but other sources familiar with the matter said at least five cases had been reported.

Meanwhile, Muchiri hopes that the government will reign in on cartels fleecing grieving families.

“We have been under a lot of mental anguish. It’s sad that we had to be subjected to this kind of trauma at our lowest moment in life. Justice should be done,“ he said.

Kemri Tweeted warning members of the public to be wary of fake Covid-19 certificates being peddled around.

“Members of the public should be wary of such unscrupulous individuals out to take advantage of the unsuspecting public.”

It is not just Muchiri and his family who have been subjected to this kind of psychological trauma by these rogue cartels.

Jane Mureithi from Kirinyaga had to endure pain and stigma that came after her 88-year-old grandmother was wrongly confirmed to be Covid-19 positive.

Mureithi lodged her complaint on Friday after officials from Kemri confirmed that a Covid -19 certificate that was presented to the family was fake.

Her granny, Mary Waruguru who died at a Nairobi hospital on October 28 where she was receiving treatment.

The family decided to move Waruguru’s body to a mortuary on Thika road where officials demanded that a Covid 19 test must be conducted.

After the test confirmed that Waruguru had Covid-19, the family decided to have a low-key burial in Kirinyaga. Later on, the truth came out. Kemri disowned the certificate.

She was scheduled to meet the DCI investigators last week to record statement.