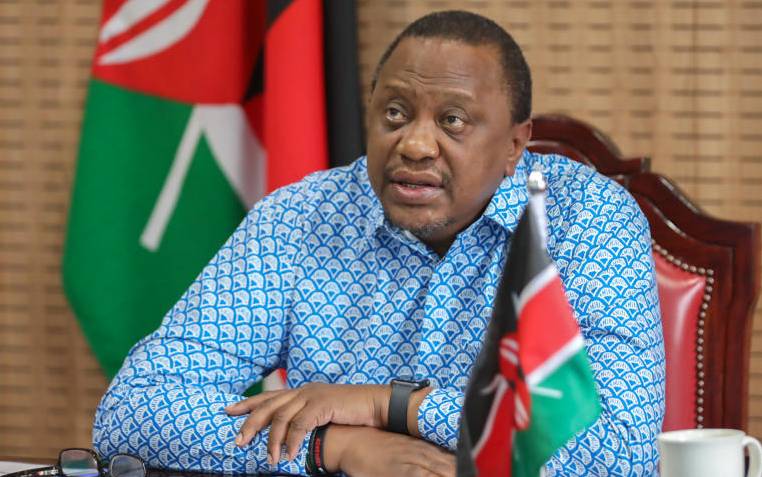 President Uhuru Kenyatta (pictured above) has called for the crafting of a joint European Union and Africa Covid-19 response strategy.

The president said the EU-Africa Covid-19 strategy should, among other interventions, pursue the cancellation of debts owed by African countries.

He spoke yesterday at State House, Nairobi, during a virtual conference of European and African leaders on the proposed establishment of the Africa-Mediterranean-Europe (AME) Foundation.

The setting up of the AME Foundation as a platform to enhance development discourse and interactions between Africa, the Mediterranean and Europe is being championed by the former president of the European Commission, Jean-Claude Juncker.

President Kenyatta supported the proposal to establish the foundation, saying the initiative would help inject new ideas needed to scale up collaboration between the three regions.

"I, therefore, welcome with enthusiasm the proposal to establish the AME Foundation. The foundation will complement the existing Africa-European continental co-operation in addressing the emerging global challenges," he said.

He said the foundation should be structured to be a robust platform for the promotion of multilateralism and inclusivity.

"It will also be imperative for the Africa-Med-Europe Foundation to be a voice against unilateralism and be a champion in the promotion of inclusive and consultative decision making by our continents," he said.

"In this context of inclusivity, the foundation should also recognise the critical role of the private sector, the academia and civil society."

Uhuru endorsed the proposal to include the setting up of the AME Foundation as an agenda during the next AU-EU summit scheduled for October.

"I also agree and concur with the idea that the next Africa Union-European Union Summit can present an excellent opportunity and platform to call for the establishment and support for the Africa-Med-Europe Foundation," he said.

President Sall supported the establishment of the AME Foundation, saying the institution would help address the changes happening in Africa.

Previous article
Varsities must open virtually in September, Ministry says
Next article
Pregnancy made me hate my husband's voice, cooking