Kenyans will not be used as Coronavirus vaccine guinea pigs – Uhuru 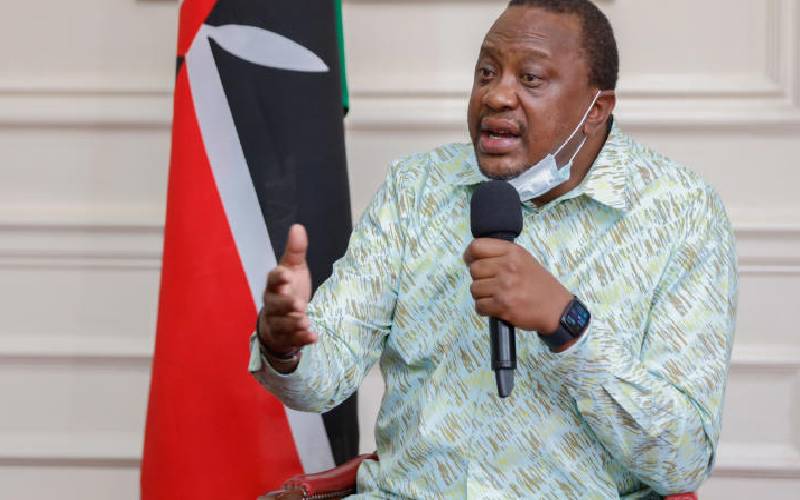 President Uhuru Kenyatta (pictured) has dismissed as untrue media reports attributed to an Oxford University researcher that they would use Kenyans to test a Coronavirus vaccine being developed by the British institution.
On the contrary, the president said local research institutions, such as KEMRI, were working on their own vaccines and would collaborate with international partners.
Health Chief Administrative Secretary Rashid Aman on Friday said although a formal request had not been made to the government by the scientists at Oxford University, once made, it would be considered.
An article published by the BBC on Thursday indicated that the UK was considering testing the vaccine in Kenya.
“If this request comes to us, it will be scrutinised by the government before we respond to it,” said Dr Aman.
The CAS said even with the expression of interest by the scientists, Kenya had detailed guidelines for such an activity to be carried out in the country.
“There are laid down procedures, which are rigorous for approval of any trial,” he said.
He added: “We have a robust structure at Pharmacy and Poisons Board for regulating any clinical trial.”
The clinical trials of the said vaccine, which is said to have the ability to boost one’s immunity with just one dose, started in the UK on Thursday.
Strand of hope
Some 800 people are targeted.
The vaccine is the latest strand of hope against Covid-19 after both Remdisivir and Hydroxychloroquine drugs failed clinical trials as potential treatment to the disease.
The vaccine is made from a weakened version of common cold virus, extracted from chimpanzees, and modified so that it does not replicate in humans.
However, it is not clear how soon the vaccine or a report on its efficacy will be ready since the scientists have to wait and see if any of the 800 volunteers will be infected.
Only half of the 800 will be injected with the vaccine while the other half will be a control group who to be immunised against meningitis.
The interest of the scientists in Kenya, as reported by the BBC, has been informed by the low number of infections in the country, which currently stands at two per cent.
This means only two of 100 people tested turn positive.
As of yesterday, the number of coronavirus cases in Kenya had hit 336 after 16 more people tested positive.
The 16 were from 946 samples collected across 12 counties.