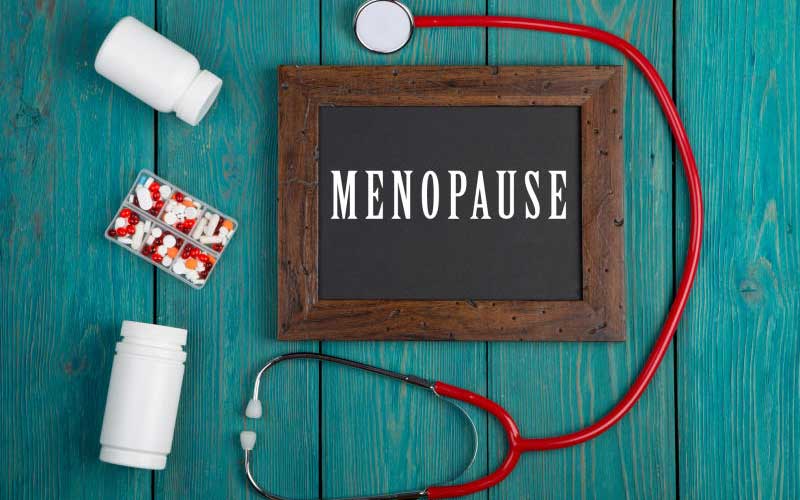 When Christina Awuor went in to see her doctor, it was due to fertility problems and more alarmingly, no monthly periods. And after some hormonal tests, the doctor told her that she was indeed menopausal. At only 36. She would later learn that the cancer treatment she had received years prior had affected her ovary function leading to premature menopause.

Menopause is a natural physiological process that marks the end of fertility and menstruation in women. It also means that the ovaries stop producing eggs.

In Kenya, the average age of menopause or rather the final menstruation period is 51.5 years. In rural Kenya, data suggests that the median age at menopause is 48.28 years. Sometimes early menopause will occur usually between the ages of 40 to 45.  That is perfectly normal.

Premature menopause can occur naturally, without any clear reason or it can be brought about by any of these conditions;

The surgical removal of both ovaries will end your periods right away. Your estrogen hormone levels will quickly drop and you will start manifesting strong menopausal symptoms. Sometimes this is done during treatment of ovarian cancer, endometriosis or tumour removal.

Not all women who go through chemotherapy and radiation of the pelvic area will go through early menopause. However, such treatments can cause serious damage in the ovaries and your periods may stop for some time.

The surgical removal of the uterus can bring premature menopause, may be a year or two earlier than expected. You will no longer have periods but since the ovaries are intact, they will continue to produce hormones.

·         Autoimmune disorders such as lupus, Grave’s disease and hypothyroidism may cause the body immune system to mistakenly attack the ovaries and prevent them from optimal production of hormones.

·         HIV and AIDS. Research has shown that women with HIV but not adhering to the antiretroviral therapy regimen have a higher chance of developing early menopause and with more severe menopausal symptoms.

·         Chromosomal abnormalities. Women with chromosomal conditions such as Turner’s syndrome who at birth, they lack all or part of one X chromosome ends up having abnormal ovaries. This will in time cause abnormal menstruation cycles and early menopause. Are you experiencing premature menopause?

Apart from dealing with ordinary symptoms that accompany menopause such as mood swings, irritability, mild depression and hot flashes, women in premature menopause might experience the following symptoms;

Menopause causes women to rapidly lose bone density. This results in weak brittle bones that are easily susceptible to fracture. Calcium supplements will help prevent the onset of bone disease.

Reduced estrogen levels increase the probability of developing cardiovascular disease in women. To lower the risk, monitoring blood pressure and cholesterol levels could help in early detection and management of heart disease.

Premature menopause may cause emotional turmoil in women. They may develop depression over the loss of fertility and drastic changes in their bodies.

Also known as urinary incontinence, this ailment is normally mistaken as part of normal ageing. The elasticity of the urethra reduces and leads to the involuntary loss of urine. Doctors advise that it can be treated and they recommend regular Kegel exercises to strengthen pelvic floor muscles. Andropause: The man’s menopause

A decrease in sexual hormones is a natural part of ageing in both men and women. While it may be relatively more dramatic for women with hormones plummeting drastically over a short period, the process occurs gradually over years with unclear consequences in men. Andropause or testosterone deficiency syndrome describes the age-related decline of testosterone in men. Doctors may also call it late-onset male hypogonadism or androgen deficiency of the ageing male.

3.    Sleep disturbances such as insomnia or tendency to oversleep

While testosterone therapy may relieve some of these symptoms, it has been riddled by increased risk of heart attack, stroke and formation of blood clots in the veins.

By THOMSON REUTERS FOUNDATION | 15h ago