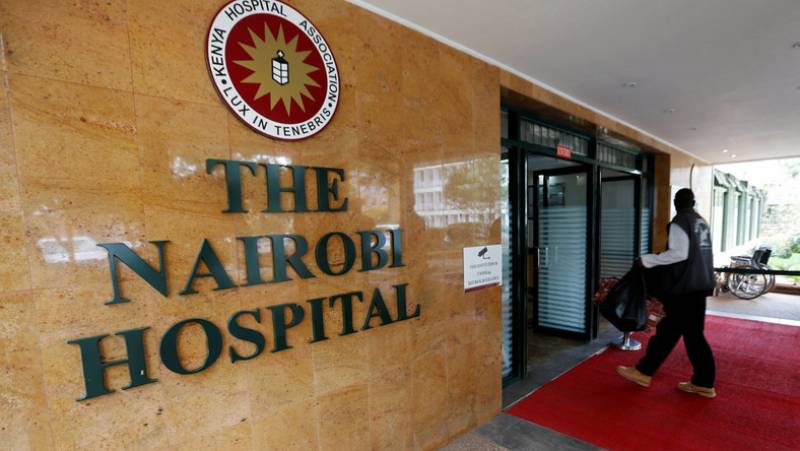 As the country goes ham in the fight against coronavirus that has infected 25 people in Kenya, the Nairobi Hospital has outlined measures in a bid to halt the spread. According to the hospital’s CEO Allan Pamba, the new measures will decongest the facility and help to further reduce transmission risks to both staff and the public. The new restrictions include; single time window for visitations (from 4pm to 6pm), only one visitor to be allowed per patient in all wards, children below the age of 12 years have been barred from visiting the hospital and prohibition of external food, drinks and items such as flowers and cards.

“Our Anderson Specialty Clinics will no longer be accepting walk-ins but rather will see patients strictly on appointment basis,” the CEO said, adding that their Satellite facilities will be open to offer accident and emergency services only. The adjustments will take effect on Wednesday, March 25 from 6pm. Coronavirus cases Kenya’s coronavirus cases rose to 25 on Tuesday after nine more people tested positive for Covid-19. Health Cabinet Secretary CS Mutahi Kagwe revealed that the new cases were spread out across four counties namely: Nairobi, Mombasa, Kilifi and Kwale.

Among the new cases, seven were Kenyans while the other two were foreigners. Kagwe said that 15 people are currently at Mbagathi Isolation Unit awaiting their test results. Some 98 people have been discharged after completing the two-week quarantine and 745 are being monitored. Globally, Covid-19, respiratory illness, has infected 422,959 people and killed 18,907. A total of 109,144 have recovered from the illness so far.

On Tuesday, the World Health Organization announced that the United States could become the global epicenter of the coronavirus pandemic. The country has confirmed 54,881 cases and 782 deaths as of Wednesday. Meanwhile, India announced a full 24-hour, nationwide lockdown in the world’s second-most populous country. India joined the ranks of Britain, Italy and other countries clamping down to hold back the virus as business activity collapsed from Japan to the United States at a record pace in March.