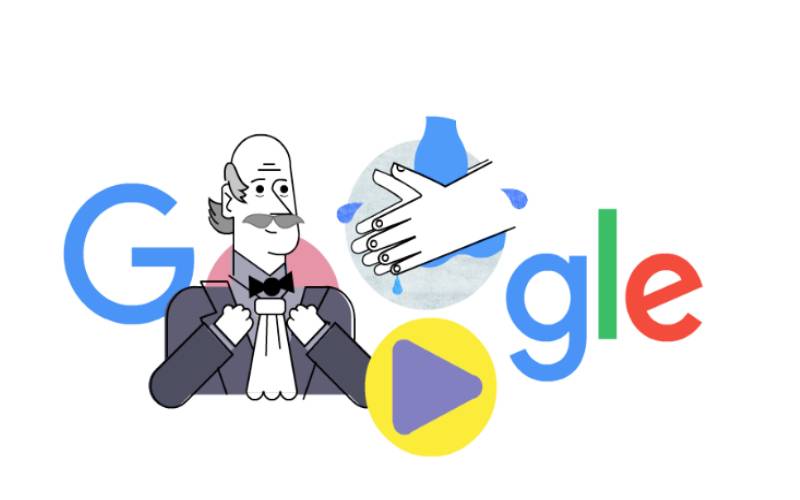 Semmelweis was a Hungarian physician and scientist, now known as an early pioneer of antiseptic procedures.

Described as the "saviour of mothers", Semmelweis discovered that the incidence of puerperal fever (also known as "childbed fever") could be drastically cut by the use of hand disinfection.

He proposed the practice of washing hands with chlorinated lime solutions in 1847 while working in Vienna General Hospital's First Obstetrical Clinic, where doctors' wards had three times the mortality of midwives' wards.

Despite various publications of results where hand washing reduced mortality to below one per cent, Semmelweis's observations conflicted with the established scientific and medical opinions of the time and his ideas were rejected by the medical community.

Semmelweis could offer no acceptable scientific explanation for his findings, and some doctors were offended at the suggestion that they should wash their hands and mocked him for it.

In 1865, the increasingly outspoken Semmelweis supposedly suffered a nervous breakdown and was treacherously committed to an asylum by his colleague. He died 14 days later, at the age of 47, after being beaten by the guards, from a gangrenous wound on his right hand which might have been caused by the beating.

With over 242,000 infections and nearly 10,000 deaths, the epidemic has stunned the world and drawn comparisons with painful periods such as World War Two, the 2008 financial crisis and the 1918 Spanish flu.

Frequent handwashing has been listed as one of the ways to keep the virus at bay.

The Kenyan Government on Wednesday announced it will manufacture alcohol-based sanitisers that will be distributed for free to Kenyans as a way to control spread of coronavirus.

The head of Public Service Joseph Kinyua in a statement said some corporations in the oil industry had volunteered to produce the sanitisers.

Researchers from the National Institute of Allergy and Infectious Diseases in Montana have studied how long the covid-19 virus can survive on cardboard, plastic and steel.

Dr Akash Patel a GP and Medical Director at MyHealthcareClinic explained that the official length of time the virus can live on fabrics is still unknown.

The medical expert went on to share some advice for washing clothes - especially if someone in your house is confirmed or suspected to have coronavirus.

"If you are handling dirty laundry from a person who is confirmed or suspected to have coronavirus, you should wear disposable gloves if possible, if not - please wash your hands appropriately after handling their clothing before you touch your face or other surfaces," he said.

Since the coronavirus first appeared back in November, scientists have desperately searching for the source of the virus.

Now, researchers from Scripps Research have analysed the public genome sequence data for the virus, and have found ‘no evidence’ that the virus was made in a lab.

Instead, their analysis suggests that that the virus is the product of natural evolution.

Dr Kristian Andersen, an author of the study, said: “By comparing the available genome sequence data for known coronavirus strains, we can firmly determine that SARS-CoV-2 originated through natural processes.”

Covid-19 certificate: Chanjo text is enough
To personalise content, tailor ads and provide best user experience, we use cookies. By using our site, you agree to use our cookies.