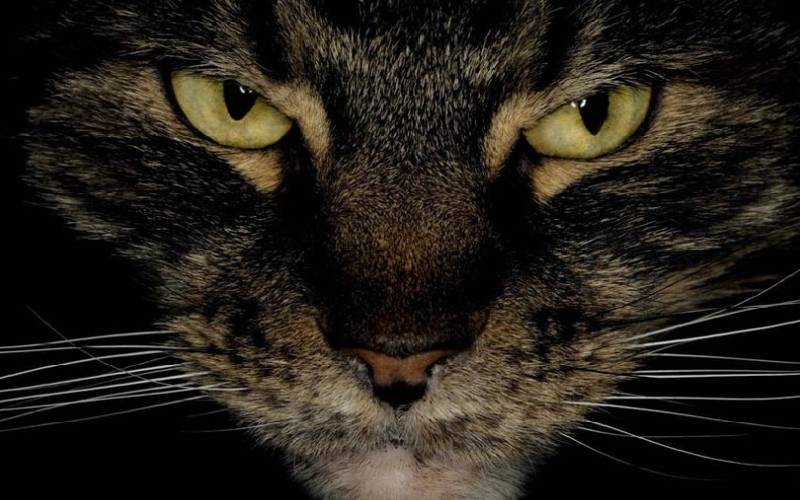 They are one of the most popular pets in the UK, but if you have a cat, you might want to watch your back.

A new study has revealed that cats are happy to feast on dead bodies, meaning that if you die, your pet cat could eat you. Corpes

Researchers at Colorado Mesa University looked into the morbid behaviour after discovering two cats that had broken into their research centre and were feasting on decomposing corpses.

The cats didn’t just visit once - they returned to the lab on several occasions to chow down on the bodies, focusing on arm tissues.

Interestingly, the researchers found that the cats usually returned to the same cadaver.’

Sara Carcia, an author of the study, explained: “The main theory is that cats are picky eaters. Once they find a food that they like, they'll stick with it.”

The researchers had left 40 human bodies in open air for 35 days in the hopes of understanding what happens when flesh decays.

However, CCTV footage showed two feral cats breaking into the facility, before snacking on the bodies.

The first cat, a striped tabby, focused its attention on the body of a 79-year-old woman, mostly nibbling on the soft tissue on her left arm and chest.

Meanwhile, the second cat, a black tabby, was found eating the arm and abdomen of the body of a 70-year-old man.

Over the next 35 days, the cats came back to the site, returning to their favoured bodies on each visit.

While the findings are pretty grim, they’re not surprising, according to the researchers.

Dr Melissa Connor, co-author of the study, added: "Any coroner or medical examiner will tell you of cases where a body was shut up with a pet that scavenged the owner eventually.

"If you were hungry, wouldn’t you eat them?"