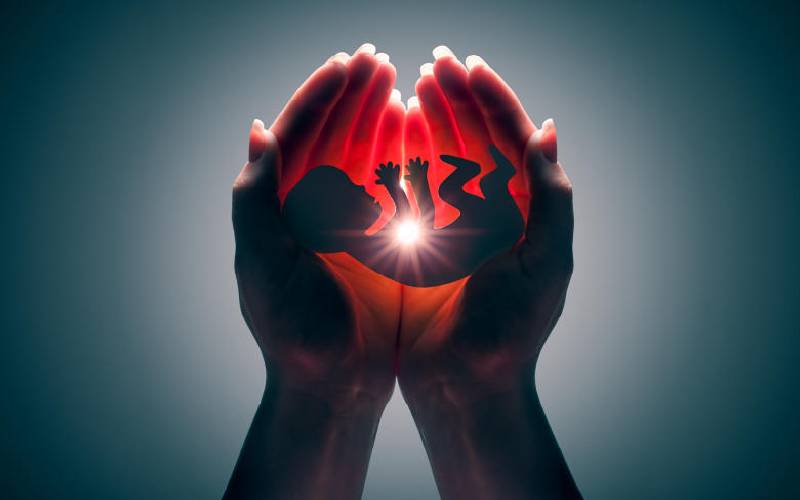 About a quarter of women procuring abortion in Nairobi are either married, living with a partner or cohabiting.

A study by Marie Stopes Kenya in one of its six clinics in Nairobi showed 22.4 per cent of women seeking abortion services were in a union.

The study published on November 25, 2019, in the journal Plos One reflects data from the Kenya National Bureau of Statistics indicating almost a half of pregnancies among married women in Kenya are unintended.

In 2003, the Kenya Demographic and Health Survey (KDHS) showed that nearly 50 per cent of unmarried women aged between 15 and 19 years, and 45 per cent of the married women reported their then pregnancies as mistimed or unwanted.

The 2008–2009 KDHS showed that 43 per cent of married women in Kenya reported their pregnancies as unintended – 26 per cent mistimed and 17 per cent unwanted.

Other recent studies in Nairobi have shown the main reason for induced abortions were socio-economic stress and lack of support from partners.

“How do I raise another child in Nairobi? I can hardly feed the two I have,” said Nancy Chwele, married and running a mobile money shop in Donholm.

“And if a pregnancy came?” we ask. “Today women have choices,” said Nancy, who is captured in the study by Marie Stopes.

Nancy, like many of the women in the study, did not know whether abortion was legal in Kenya, and did not seem to care.

In the study, also involving University of California, about half of 353 study women said abortion was illegal in Kenya while a fifth did not know if it was. Abortion is illegal in Kenya unless the mother's health is at risk, though this is not a major determinant among pharmacies selling abortion pills. This was assessed in an earlier study by Marie Stopes and Population Council among 235 pharmacies in Nairobi, Mombasa and Kisumu.

The biggest reason for pharmacy attendants denying clients abortion services, the study showed, was not health of the mother but their inability to pay. Half of those were denied abortion services because they could not pay while only 20 per cent were denied services due to health concerns. “About a quarter of pharmacy attendants said induced abortion could be provided on request, which is contrary to existing laws and regulations,” said the study.

The current study was assessing the experiences of women opting for either pills (medication) or surgical abortions at the Marie Stopes clinic. It found the highest number of aborting women were single, aged between 20 and 24 years and likely to be terminating their first pregnancy.

But still, more than half of the clients had earlier pregnancies.

Almost half of the women had a college or university education, with about 60 per cent in paid employment. Only less than 10 per cent had primary level or less education, and majority were Christians.

While majority said they did not have a problem getting money for transport to the facility, most said it was difficult to get money for the procedure.

Women aged 35 or more, the study says, were more likely to go for the surgical procedure compared to younger women, many who opted for the pill.

Coming to the core reason for the study, majority of the women said they were happy with the abortion services at the Marie Stopes clinic.

“Most women felt they were treated with respect, facility staff cared about them, their information was kept confidential, they were given attention, there was enough staff, and they could trust our staff,” concluded the study.

Despite this, the study says some improvement was needed to make clients’ experiences more appealing. “In our findings, only 61 per cent of surgical clients and 57 per cent of medication clients reported that providers called them by their name all the time as recommended.”

Only about three quarters in both options said they were consented to care. Again, less than half of the medication clients said providers wanted to know how they felt.

The bigger worry for many women was, however, possible gossip if information that they had aborted leaked. They were also worried that by aborting, they might have disappointed their loved ones.

But Marie Stopes, which had a strong representation at last month’s controversial population conference in Nairobi, says it has no apologies to make.

“We're unapologetic in our defense of a woman’s right to abortion, and we are proud to provide safe abortion services wherever the law permits it,” said Marie Stopes in its new ‘SmashAbortionStigma’ campaign.

Eight die as Kenya's Covid-19 cases up by 74
To personalise content, tailor ads and provide best user experience, we use cookies. By using our site, you agree to use our cookies.