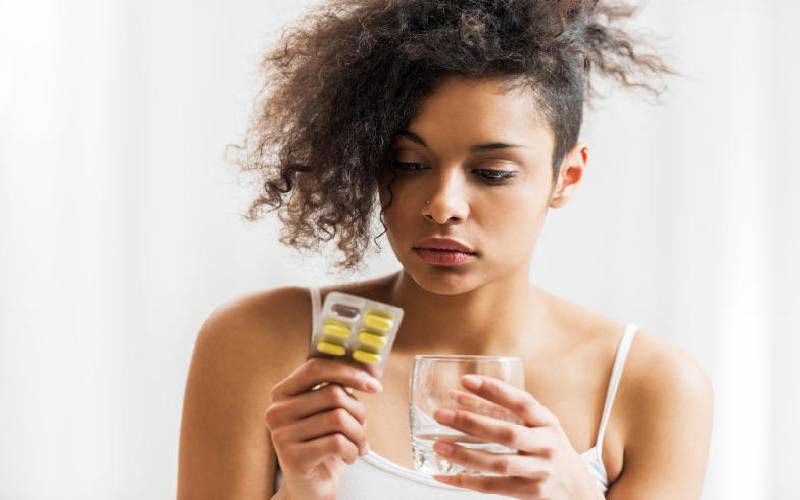 Women on the pill may only have to take one a month within three to five years, according to a new study.

Scientists are developing an oral contraceptive that only has to be taken once a month.

Oral contraceptives are one of the most popular forms of birth control, but their effectiveness depends on being taken every day.

It is estimated that about one in 11 women taking birth control pills (nine per cent) become pregnant each year.

Researchers at Massachusetts Institute of Technology (MIT) in the US are now developing an oral contraceptive that only has to be taken once a month.

They say it could have a "significant impact" on the health of women and their families, especially in the developing world.

"For many, this may be hard to believe. But our pre-clinical data is encouraging us along that road. We began our work on extended drug release by working with treatments for malaria, tuberculosis and HIV.

"But early on, we were having conversations about the potential impact that extended drug release could have for family planning. We wanted to help empower women with respect to fertility control and are pleased to report our progress toward that goal."

Work is now underway to bring the extended-release pill closer to human trials.

The next steps will include scaling up manufacturing processes and safety evaluations, according to the research team.

Co-senior author Professor Robert Langer said: "We are hopeful that this work - the first example ever of a month-long pill or capsule to our knowledge - will someday lead to potentially new modalities and options for women's health as well as other indications."

The capsule remains in the stomach after being swallowed and gradually releases the drug.

Tests in pigs showed that sort of drug release can achieve the same concentration of the drug in the bloodstream as taking a daily dose.

The new contraceptive pill is based on star-shaped drug delivery systems that the MIT team previously developed, which can remain in the digestive tract for days or weeks after being swallowed.

The delivery systems are placed in gelatin capsules that dissolve once they reach the stomach, allowing the folded arms of the star to expand and slowly release their payload.

In their earlier studies, the researchers loaded the capsules with drugs to treat malaria, as well as HIV drugs, which currently have to be taken every day.

Much of the work has been funded by the Bill and Melinda Gates Foundation, which urged the team to adapt the capsule to deliver long-lasting contraceptive drugs.

To make their new contraceptive pill last for three to four weeks, the researchers had to incorporate stronger materials than those used in the earlier versions, which could survive in the harsh environment of the stomach for up to two weeks.

The research team tested materials by soaking them in simulated gastric fluid, which is very acidic, and found that two types of polyurethane worked best for the arms and the central core of the star.

For use in humans, the researchers said that the capsule would be designed to break down after three or four weeks and exit the body through the digestive tract.

hey are working on several possible ways to trigger the arms to break off, including through changes in acidity, changes in temperature, or exposure to certain chemicals.

Dr Traverso, an assistant professor of mechanical engineering at MIT and a gastroenterologist, said: "Through the development of these technologies, we aim to transform people's experience with taking medications by making it easier, with more infrequent dosing in the first once-a-month, orally delivered drug system.

"We're very committed to getting these technologies to people over the coming years."

Dr Traverso said he anticipates human tests may be possible within three to five years.

The World Health Organisation (WHO) estimates that, 214 million women of reproductive age in developing countries who want to avoid pregnancy are not using a modern contraceptive method, such as birth control pills.

Study co-senior author Dr Ameya Kirtane, of MIT's Koch Institute for Integrative Cancer Research, said: "Coming up with a monthly version of a contraceptive drug could have a tremendous impact on global health. The impact that oral contraceptives can have on human health and gender equality cannot be overstated."

The researchers also believe that such a pill could be appealing for women who would prefer a long-lasting oral contraceptive over other long-term contraceptives such as the coil.

Dr Kirtane added: "Even with all these long-acting devices available, there's a certain population who prefers to take medications orally rather than have something implanted. For those patients, something like this would be extremely helpful."

The accident I was not prepared for as a mother