Patients’ agony as hospitals close for 3 weeks over strike

Health & Science
Nyong’o blames the strike on delay by the County Assembly to approve the Sh11.8 billion budget and the revenue stand off 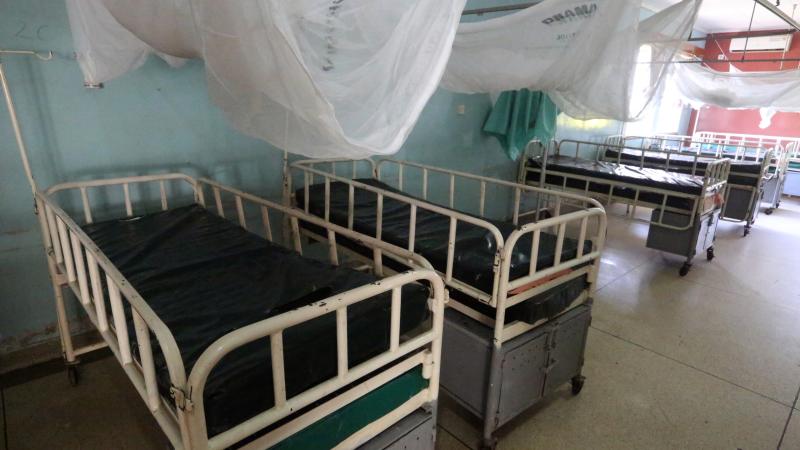 The Kisumu County government is on the spot over a non-functional health care system after public hospitals remained shut for the third the week due to health workers’ strike. Wards, casualty and out-patient sections of Jaramogi Oginga Odinga Teaching and Referral Hospital and County hospital are deserted because security guards turn away patients. The health workers and support staff have said they will not go back to work until they are paid July and August salaries.

The situation is set to worsen. Doctors have issued a fresh strike notice, barely 24 hours after they allegedly signed a return-to-work agreement with the county government. The Kenya Medical Practitioners, Pharmacists and Dentists Union (KMPDU) Nyanza Branch yesterday told members not to report to work until their grievances are addressed. Failure to implement According to Omweri Lameck, the KMPDU branch Secretary, who signed the letter dated September 27 and addressed to Governor Anyan’g Nyong’o, the doctors are protesting delay of salaries and failure to implement the Collective Bargaining Agreement (CBA). “The CBA implementation has grounded to a halt. We advise KMPDU members to keep off work and continue with salary parades. We wait to see the implementation of all promotions by end of September,” Dr Omweri said.

The doctors said they were not part of the Thursday agreement to resume duty, even though Dr Steve Onyango is indicated as having signed the MoU for KMPDU. The doctors accused Prof Nyong’o of reneging on previous return-to-work agreements. However, the governor yesterday brokered a deal with the Kenya National Union of Nurses (Knun), that will see nurses resume work today Medical staff wondered why it was only in Kisumu where workers had not been paid yet their colleagues in other Nyanza’s counties were earning their salaries. Patients who were discharged were referred to private health centres.

“Why only Kisumu? How can a whole county turn its back on the suffering of  workers and patients? “We are shocked that no senior county official has taken time to visit the hospitals to witness the sad story of our health care system,” said a senior doctors who did not want to be quoted. Yesterday, Saturday Standard established that all wards at the County Referral hospital had been closed. The out-patient department was also shut, with guards from a private security company manning the facility. “Hakuna kitu hapa ndugu yangu. Wamefunga” (There is nothing here brother, they have closed), a security guard told us when we arrived at the facility on Wednesday evening.

At the normally busy Jaramogi Oginga Odinga Teaching and Referral Hospital, an eerie silence greeted us as we drove in. The parking bay was deserted. There were no medics at the casualty department. Only two patients are in Ward One. “There is no work going on here. If you have a patient, go to Avenue or Aga Khan,” said a man we found seated at the reception. Only the mortuary was operational as the attendant was receiving bodies when we visited. Last week, media reports indicated that three patients had died at the facility, following the strike.

Prof Nyong’o claimed that the delay in disbursing salaries was caused by the stand off between the National Assembly, Senate and the counties over Sh316 billion revenue allocation. Budget signed “If the problem is because of the stand-off, where is Siaya, Nyamira, Kisii, Homa Bay and Migori getting money to pay workers?” posed Kennedy Onyino, a county employee. Nyong’o blamed the salaries standoff on the three-month delay by the County Assembly to approve the Sh11.8 billion budget. With the budget now signed by the governor and the new acting County Assembly Speaker Elisha Oraro, it is expected that Nyong’o’s administration will address the health workers grievances.

WHO pauses hydroxychloroquine trial due to safety concerns

WHO warns of 'second peak' in areas where Covid-19 declining

WHO warns of 'second peak' in areas where Covid-19 declining