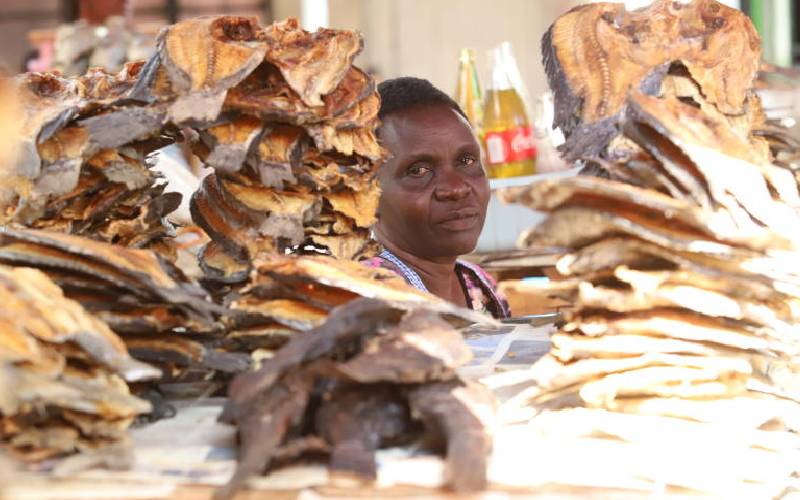 A recent research now says eating fish regularly can reduce one’s risk of colorectal cancer, which affects both the colon and rectum. Colorectal cancer killed Kibra MP Ken Okoth on Friday. He was 41 years. Data from the latest Globocan report, which has separated the two cancers, shows only 30 per cent of those diagnosed with colon cancer survived. In 2018, there were 1,354 cases of colon cancers and 417 deaths in the same period. For cancer of the rectum, there were 849 cases, with 458 deaths. But now, a new research claims having fish-lean, oily, fatty or white, can reduce one’s risk of colorectal cancer by 12 per cent. The research, conducted by the University of Oxford and the International Cancer Research Centre, shows one just needs to eat fish at least three times a week to develop this resistance. The researchers examined the association between the risk of colorectal cancer and consumption of fish, as the major source of omega-3 fatty acids. The researchers claimed the reduction in risk of colorectal cancer was due to exposure to omega-3 polyunsaturated fatty acids. The research was premised on the unclear association between intake of fish and long chain n-3 polyunsaturated fatty acids and colorectal cancer, following evidence that fish diet has proved beneficial to reducing risks of cardio vascular diseases. The researchers, therefore, examined this using data from the European Prospective Investigation into Cancer and Nutrition.

The findings, published by the Journal of Clinical Gastroenterology and Hepatology on July 25, showed that total intake of fish, fatty acids, and lean fish were inversely associated with colorectal cancer incidents. “In an analysis of dietary patterns of participants in the study, we found regular consumption of fish, at recommended levels, to be associated with a lower risk of colorectal cancer, possibly through exposure to n-3 LC-PUFA,” reads the findings. The study enlisted 521,324 participants over a period of 14.9 years where 6,291 developed colorectal cancer.

Covid-19 is risky to your heart

Covid-19 is risky to your heart

Covid-19 'could be killed by a handheld UV light device', scientists say

Covid-19 'could be killed by a handheld UV light device', scientists say