Health workers may be giving you false HIV/Aids results

Health & Science
Audit shows the testers do not follow the national standardised HIV testing procedures and do not attend refresher courses. 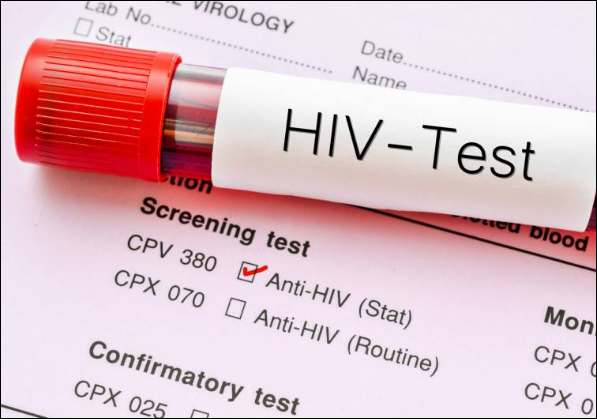 Kenya risks losing funding from the Global Fund due to poor accountability and suspected quality in HIV testing, condoms and medicines. An audit report by the Office of the Auditor General of Global Fund covering 2016 and 2017 tells of massive irregular payment to workers and project activities. Most worrying, the report says, up to a quarter of healthworkers are not following the required HIV testing procedures. This could mean a significant number of Kenyans may be getting false HIV results.

SEE ALSO: My grave was dug 25 years ago- Musician living with HIV

“About 24 per cent of the 21 facilities visited do not consistently follow the national standardised HIV testing procedures or algorithms,” says the audit report published in November. Not tested for quality The auditors found none of the testers had attended the annual refresher course as required and no supervision was being done. The auditors found condoms worth ($6 million) Sh600 million procured by the Kenya Medical Supplies Authority (Kemsa) had not been tested for quality at the National Quality Control Laboratory as required. They also report finding medicines worth ($3.8 million) Sh380 million stored by Kemsa in leaking warehouses along Commercial Street in Industrial Area.

The storage facilities at Commercial Street, the report says are sub-optimal: ‘the roof leaks and the warehouse floods during the rainy season.’ “At the time of the audit, Global Fund commodities worth ($3.8 million) Sh380 million were stored in these sub-optimal conditions.” This is despite Global Fund having allocated ($9.5 million) Sh950 million in 2016 for construction of a new warehouse which had not commenced by June 2018. The auditors say they could not reconcile stocks worth ($1.9 million) Sh190 million at Kemsa because some of the expired medicines had been destroyed without adequate records. For instance, the report says some destruction certificates issued only indicated that assorted items were destroyed without detailing the name of the medicines, quantities or the donor.

“Kenya thus risks losing funds in line with Global Fund guidelines,” warns the audit. Kenya Red Cross Society also a recipient of substantial funding from Global Fund is reported to be procuring defective needles and syringes worth ($470,000) Sh47 million. The report says appropriate quality assurance had not been carried out before the devices were distributed to users. “The users reported defects and the devices had to be withdrawn,” says the report which has been shared with government. Global Fund, Kenya Government and other stakeholders, the report says have agreed on a course of actions to be implemented by December 2019 otherwise Kenya risks losing substantial funding.

SEE ALSO: Kenya turns to HIV for answers on pandemic

The audit also unearthed cases where several donors are unknowingly funding the same project through the same implementor and getting the same reports. There was also a case where Global Fund and another donor were unknowingly paying the same Community HealthVolunteers to perform the same activities and reported the same results to the different partners. “Further, over 400 community health workers receive multiple payments at different rates for the same activities under different Global Fund grants,” says the report. The audit report also tells of another instance where the fund and another two donors are financing same 26 implementors for same work in same area. The auditors also expressed disappointment with Kenya’s efforts in controlling tuberculosis (TB) having missed set targets for three years.

The auditors say although the fund has supported the procurement and roll out of GeneXpert machines for TB diagnosis less than half of their capacity is being utilised. This, the report says is due to poor maintenance of machines and lack of diagnostic cartridges. Forty seven per cent of the machines were not functioning when the auditors visited hosting facilities. “In addition, the cartridges required by the machines were not consistently available in 18 of the 21 facilities visited by the auditors.” Though Global Fund had helped the country acquire additional 30 GeneXpert machines in mid-2017 these had not been installed a year later in 2018. In many cases the report found some machines, which require uninterruptible power supply had been delivered to facilities without power. Out of four performance indicators the audit shows Kenya to have performed poorly. Apart from procurement of medical commodities, Kenya scored poorly in quality and service delivery, governance and oversight within devolution and grant performance. The national government is also blamed for poor funds absorption and programme delays of upto eight months. Because of these delays the report warns that Kenya risks losing some grants from Global Fund. In 2015 and 2016 the report shows about Sh1.8 billion was returned to the Treasury due to non utilisation despite funding gaps, says the report. Since 2003 Global Fund has signed over (S$1.4 billion) about Sh140 billion for Kenya and so far disbursed ($1 billion) Sh100 billion including an active grant for up to June 2021.