Fertility test for women who got 2014 tetanus vaccine 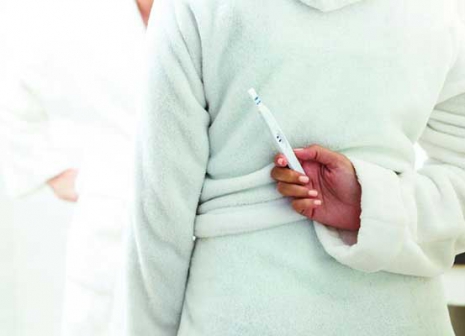 Researchers have recommended fertility tests for thousands of women and girls who received the tetanus vaccine in 2014.

A new study has proposed that the women be tested to ascertain whether the vaccine affected their ability to have children.

The study was published on October 27, days after claims that the vaccine had sterilised thousands of girls and women surfaced.

The proposals have been backed by the Kenya Catholic Doctors Association, which has called for independent tests to settle concerns surrounding the vaccine.

The proposals, spearheaded by Prof John Oller of the University of Louisiana, reinforces concerns by the Catholic church and a section of Kenyan politicians that thousands of girls and women may have been deliberately exposed to an infertility-causing agent embedded in the tetanus vaccine.

The scholars reinforce the church’s claims that the World Health Organisation may have connived with the Ministry of Health to sterilise about 500,000 girls and women of child-bearing age through the tetanus vaccine.

“In our opinion, the World Health Organisation (WHO) is the most plausible source of the infertility agent found in samples of tetanus vaccine used in Kenya in 2014,” says the study.

To remove any doubts, the researchers want a sample of the vaccinated women to be tested for the presence of the infertility agent, Human Chorionic Gonadotropin (hCG).

If a significant proportion of these women test positive for hCG, the scholars say it would be possible to conclude they received it from the 2014 tetanus vaccination campaign.

An earlier study among women who received a similar tetanus vaccine in the Philippines in the 1990s tested positive for the birth control hCG.

The controversy over the tetanus vaccine in Kenya first came to the fore in March 2014 when John Cardinal Njue of the Catholic Church claimed it was a deliberate ploy to stem fertility among women.

At the time the Ministry of Health and WHO were rolling out a mass tetanus vaccine campaign for girls and women across the country.

What followed was a drawn out confrontation between the church and the government leading to the formation of a joint committee to oversee the independent testing of the vaccine.

That the matter has now been brought up by a team of scholars is proof that it may not go away soon.

The Ministry of Health and the WHO have warned that negative publicity surrounding the vaccine could seriously hurt global efforts to eradicate tetanus.

Kenya is listed among the top four countries in the world with the highest number of deaths from tetanus in the past 25 years.

The country features alongside war-torn countries such as Somalia, South Sudan and Afghanistan.

According to the Health ministry, the country loses one child every day to tetanus.

The ministry cautioned that the country was yet to achieve the global tetanus elimination targets and warned against what it termed “careless and misleading statements intended to cause harm to the public by dissuading them from accessing a necessary medical intervention”.

How alcoholism trickles down generations
Health & Science - By Nancy Nzalambi

Do you need to deworm? These are the signs to look out for
Health & Science - By Jael Mboga

Does beer make you fat?
Health & Science - By By Bob Otieno

KNH yet to lower cost of testing for virus to Sh1,000
Health & Science - By Anyango Otieno