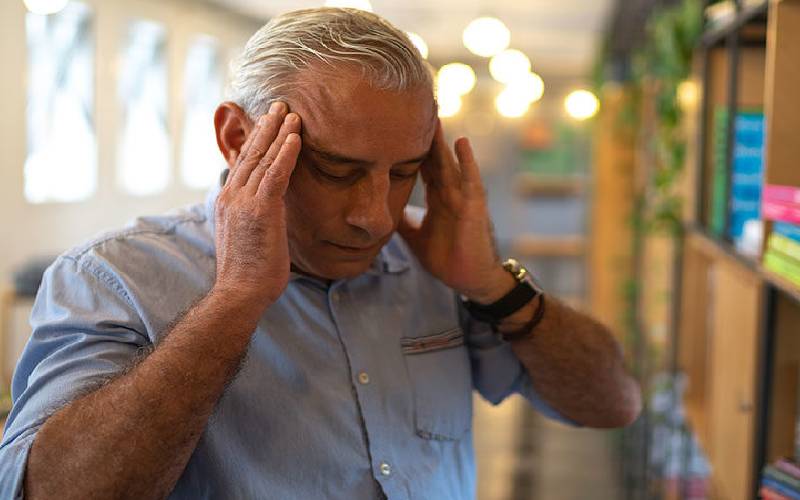 The first case of an extremely rare mad cow-like disease, which affects the nervous system and usually is fatal has been reported in Kenya.

The case of Sporadic Creutzfeldt-Jakob disease (sCJD) referred to a major teaching hospital in Nairobi is the first to be reported in East Africa.

“We report the case of a 57-year-old male with a three-week history of losing direction when driving home and visual hallucinations described as seeing rainbows,” said the attending doctors.

While other variants have been suspected in the country, the doctors say it is the first time this extremely rare form called the Heidenhain variant is recorded in East Africa.

“We present the first reported case of the Heidenhain variant of sCJD from the East Africa region referred to our regional tertiary neurology referral centre in Nairobi,” say the experts.

CJD is the human version of the mad cow disease called Bovine Spongiform encephalopathy (BSE), first identified in 1986 outbreak in the UK.

During the outbreak, 180,000 cows were affected and since then it has been recorded in more than a dozen countries.

At least 28 human deaths were reported in the UK outbreak, suspected to have been transmitted through consumption of contaminated beef.

However, the Kenya human case reported in the International Medical Case Reports Journal early this month (February 2) is from an unknown cause.

The Kenya patient who was diabetic and hypertensive had no history of organ transplantation or hormone treatment.  “The patient also had no family history of dementia or rapid cognitive decline.”

Initially, the patient was treated for probable epilepsy, but in less than a month he was re-admitted with worsening symptoms. These included memory problems, aggression, impaired balance, speech problem, and seizures.

Further tests done locally and abroad had suggested probable sCJD, Heidenhain variant. The patient was then put on palliative care at a local hospice, where he died approximately three months after the onset of symptoms.

“Our case highlights the presence of a rare form of sCJD, and the diagnostic challenges faced in our resource-limited setting,” concluded the doctors.

Prompted by the rare case, the team says their hospital has now introduced a standard protocol for investigating suspected cases of CJD.

While the doctors describe this as the first recorded case of the rare form of sCJD disease in Kenya, other people may be suffering from the incurable condition.

In a 2015 study by Adam Mohamed Adam, a consulting neurologist and lecturer at the University of Nairobi called on his colleagues to be on the lookout for the disease in Kenya.

By reviewing records and engaging active cases Pro Adam had identified 13 CJD probable patients who had been attended to at the same facility over a 14-year period.

On average the patients were aged 63 years, and survived for about five months from the onset of symptoms and came from different ethnic communities in Kenya.

“Patients belonged to various ethnic groups; there was no familial, tribal or regional clustering,” wrote Prof Adam in the journal Tropical Medicine and International Health.

The report said none of the patients had travelled to the UK, since the study fell within the period there was a mad cow outbreak in Britain.

The study also ruled out the possibility of the disease having been caused by a medical-related procedure, as none of the 13 had a record of organ transplant, hormone treatment or tissue grafting; all known causes of CJD.

But the authors warn that although most cows in Kenya feed on grass, unlike in developed countries where animal-sourced feeds are common, local doctors should be on the lookout for the fatal disease.

“Cattle in East Africa are fed grass, but neurologists should be alert to CJD,” says the study, which predicts that cases may increase with rising life expectancy in Kenya.