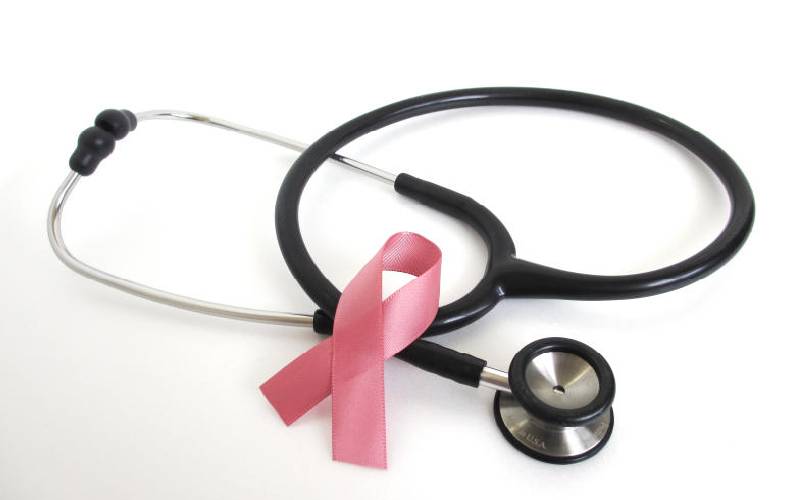 When Mary Mwikali was diagnosed with cervical cancer, she was distraught. She was convinced she was about to die.

“All the people I knew who had had the disease died. My mother, my sister and three friends had succumbed to the disease despite receiving treatment.”

But their lives could have been saved if they got the right treatment. The disease is curable, yet more than half of cervical cancer patients in Kenya do not get useful treatment.

Only 49 per cent of women diagnosed with cancer get treatment with any curative value, resulting in many preventable deaths.

Cancer treatment through surgery, radiation, medications or hormones normally targets to cure the disease, shrink cancer or stop its progression, but the quality of care being provided to half of patients cannot achieve any of these objectives.

A new study in Nairobi, Eldoret and other cancer registries in Africa shows many women get poor treatment.

From 5,250 reported cases of cervical cancer in Kenya last year, 3,286 women died, making it the top killer variant among women.

But the study at the Nairobi Cancer Registry at the Kenya Medical Research Institute and Eldoret Registry at the Moi Teaching and Referral Hospital (MTRH) found that Kenya offers the best cervical cancer care in Sub-Saharan Africa. The study compared the quality of care in nine African countries.

“By country, the proportion of patients receiving cancer treatment with curative potential varied from four per cent in Maputo (Mozambique) to 49 per cent in Nairobi.”

Overall, the study decries the low survival rates in Africa at 29 per cent, five years after treatment compared with 67 per cent in the US.

“We found only one in six cervical cancer patients in sub-Sahara Africa received treatment with curative potential.”

The team of researchers, which included Dr Anne Korir of the Nairobi and Dr Gladys Chesumbai of Eldoret registries, partly blames this on lack of radiology machines, medicines and shortage of qualified staff.

“This means we can now offer a full spectrum of cancer treatment including radiotherapy,” said Dr Wilson Aruasa, the CEO at MTRH during the installation of the Sh500 million equipment.

The study found that registries covering health facilities with radiology treatment such as in Nairobi, Kampala, and Addis Ababa had better treatment outcomes.

But even in these centres, the report says the radiology facilities are too few, resulting in long waiting times and high patient dropouts.

“Investments into more radiotherapy, chemotherapy and surgical training could change the fatal outcomes of many patients,” says the study published in The Oncologist journal last month.

The country faces a shortage of specialized medical staff to manage cancer. While, for example, 192  radiation oncologists are needed, there are only 17. There are 10 medical physicists against a need for 120, while 160 oncology nurses are needed against the current 60, according to the Ministry of Health cancer policy launched in July last year.

To address the shortage, the University of Nairobi in 2016 launched a fully paid for two-year course open to participants from Sub Saharan Africa.

However, last year the Programme Director Prof Nicholas Abinya said the uptake, especially from Kenya and the East African countries, was disappointing with Nigeria claiming most of the slots.

This has largely been blamed on county governments, which have been reluctant to release doctors for the training while still on the payroll.

“It is very expensive for counties to continue paying huge salaries for doctors that are not rendering services,” said Wycliffe Oparanya, former Chairman of the Council of Governors.

The council wants the government to pick up the salaries bill for the doctors since there is no guarantee once trained they will go back to the counties, some of which do not have cancer-treating facilities.

The poor cancer treatment outcomes, the team says, are also due to poor adherence to established treatment guidelines by doctors.

Again Nairobi had the highest adherence rate compared to the other eight countries, although this is achieved in less than half of the patients. “Surely, this is not good enough. We can do better,” says David Makumi of the Kenya Network of Cancer Organisations.

Overall, treatment guidelines were fully adhered to in only 16 per cent of patients.

But this state of neglect is not just with cervical cancer alone. In 2018, Dr Eva Johanna Kantelhardt of Martin Luther University in Germany, who lead the team, did a similar investigation for breast cancer in Africa with similar results.

The expert team is advising countries to upgrade vaccinations against cervical cancer and improve on early cancer screening. “More radiotherapy facilities are urgently needed for patients presenting with curative disease and so are more and better-trained oncology surgeons,” recommends the multi-country team.

Currently, KNH is the only public hospital offering comprehensive cancer care in Kenya with MTRH and the recently opened Kenyatta University Hospital on the way to rolling out similar care.

While the country requires about 48 radiology machines, the ministry says there are only 14, 10 of which are in the private sector. There are 10 public chemotherapy centres in Garissa, Mombasa, Kisumu, Kakamega, Nyeri, Meru, Machakos, Nakuru, Embu and Bomet county referral hospitals.

But still about 60 per cent of these patients may need to travel to KNH, MTRH or private facilities for radiology.

The government has since 2013 promised to establish four public cancer centers of excellence at the Coast, Nyanza, Nyeri and Eldoret and the strengthening of KNH.

The ministry also agrees with the study on drug stockout and high prices, which lead to patients missing out on medication or dropping out of care.

The former Cabinet Secretary for Health Sicily Kariuki in 2019 excited Kenyans when she announced a plan to cap the prices of essential medicines, a proposal that has since been shelved.

Meanwhile, life can only worsen for breast cancer patient Wanjiru Muteithia of Gatitu, Nyeri. In 2019, she could readily access free care through a Universal Health Coverage pilot project. But has dropped out of care since this was withdrawn last year.