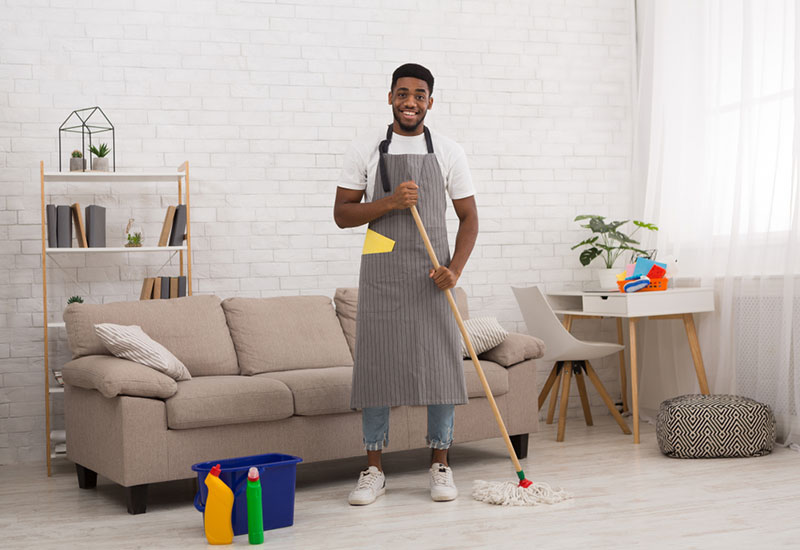 And those who aren't so keen are constantly picking apart their posts and finding things to complain about - be it their sense of style, their wording in captions or even the size of their bum.

The most recent influencer to fall victim to this is an American blogger from San Diego, named Bri Dietz.

Bri has more than 74,000 followers on the platform, so she's clearly doing something right, but some people have taken issue with a recent image she shared featuring her husband Bobby.

In the photo, the couple are sat on some stairs and he is holding a sign while Bri kisses his cheek.

On the sign is a message that reads: "Helping with housework so you can get lucky is called choreplay."

Alongside this, the wife wrote: "Nothing hotter. Any other 'acts of service' love-language-ers out there? Mine 100%"

She added that the quote had been inspired by a fellow Instagrammer called @nottheworstmom.

A woman named Nat stumbled across the photo and shared it on Twitter, writing: "Influencers must be stopped".

Many began criticising the message the couple were putting out, arguing that housework should be divided up equally - and not seen as a payment for getting lucky.

One person edited the sign in Bobby's hand to say: "Helping with housework because a fair and equitable division of labour is just and right, it's called being a grown-a** man."

Another asked: "How is this a love language if he's only doing it to get sex from her?"

Someone else replied: " 'Helping' with housework?! Stop teaching women that if men do housework it's HELPING, and they should get rewarded. They aren't children. It's 50% their responsibility. Is this from the 50s?"

A fourth added: "Only Monica from Friends could get away with saying this and that's because she's not real and even then Chandler would have one of his serious moments and say, 'I'm not just helping with the housework, I live here too. We're a team'."

However not everyone had a problem with the image. Quite a few others agreed that they found it a "turn on" when their husbands did housework.

"Hell yes," commented one woman. "Get them floors mopped and the panties dropped."

"My hubby knows that this is the truth," added another.

What do you think about it? Let us know in the comments below.