Confessions of a married stripper who earns upto Sh 20,000 on a good day 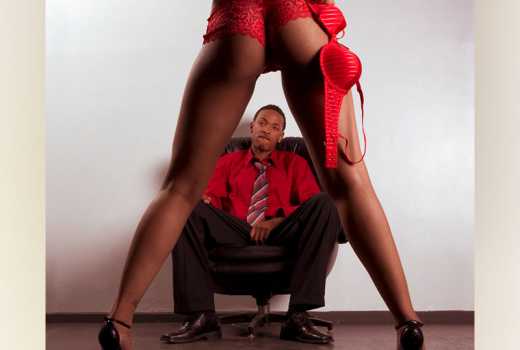 Nairobi men who frequent strip clubs have no clue where female strippers vanish to after the shows.

Most are married women — and strip to earn a living. This often happens with or without the knowledge of their husbands.

Some are in chamas, saving to ensure that someday, they wouldn’t have to pole-dance butt naked.

Mercy Gathoni, 28, is a club stripper. Unknown to many, the married mother of two leads a double life off the Thika Superhighway. Her husband, an electrician, has no clue what she does for a living.

“I started stripping in Nakuru before I met him. Now I do it (strip) twice a week whenever he is away,” she says.

Asked if stripping pays, she revealed that: “On a good day, I make more than Sh8,000, which goes towards feeding and clothing our children as my husband sometimes leaves us with nothing much to survive on.” She adds that, “He knows I’m in a chama. Nothing more.”

Mercy’s close friend, Maggie Alusa, is married with one kid. Her husband, a matatu driver, gets home past midnight by which time she has pocketed around Sh3,000 or more, depending on the club where she strip dances.

“I was introduced to it by a neighbour who also trained me. I’ve never regretted because my husband comes home very late,” says Maggie, adding that the hubby lied to her that he owned the matatu he used to drive, only for her to discover the lie when she was eight months pregnant.

“My family in Webuye does know what I do,” she confesses.

Strip clubs have VIP and private areas, with entrance fees ranging between Sh1,000 and Sh3,000, depending on location.

The private area have only one stripper and her client.

Mary Mugure however says that, “You cannot enjoy sex with a client like when you do it with your husband. She says they always use condoms and take a shower before going back home.”

Mary is a retired stripper — now separated from her hubby — and has started a group, ‘Knight Nurses,’ through which members — married or single — save for rainy days. Many others have joined chamas, saving to ensure that someday, they will leave the trade.

Mary is the chairperson of the group and mother of two grown-up girls. She has been training pole dancers on finance for four years and recalls that, “I started as a stripper and went around strip joints in Nairobi, Thika and Nakuru for more than five years.”

Mary clarifies that strippers are not hookers, but admits it’s not easy to strip and be married.

“My husband knew I was a stripper, and we have since parted ways because while I was going around stripping to put food on that table, he was busy with other women behind my back,” she says, adding that, “He would secretly show up in the club and that freaked me out while performing. But with time, he got used to it. We later parted ways.”

On a good day, Mary could make as much as Sh20,000, though she claims she is now retired although “sometimes I curtain raise in some clubs and leave early lest I give young girls a run for their money due to my experience.”

For now, Mary frequents strip clubs hunting for experienced girls to join Knight Nurses along Juja Road, from where they oversee some of their ventures, including salons and a car wash business which employs 10 women, as well as a poultry rearing project.