A secret eater whose weight spiraled out of control after too many midnight feasts has finally found a way to fight the flab.

Aysha Hoare, 23, used to regularly scoff bars of chocolate before bed despite spending the day eating healthy foods like salads.

She said: "Even though I was eating well during the day I wasn't losing the weight I felt I should have.

"Appearances can be deceptive because I was coming home most evenings and tucking in to sugary treats."

Despite being slim for most of her life, when Aysha started work as a retail assistant, her busy routine meant she strayed to junk food and sweets.

She could plough her way through a packet of biscuits in a day and always had sweets in her pocket or car to chew on the go.

Desperate to curb her spiralling waistline, she started going to the gym and skipping breakfast.

But what she couldn't put a stop to was her sweet tooth and, despite her efforts to stay slim, she became no stranger to putting her pyjamas on and then sneaking back downstairs to devour whatever she could get her hands on.

Even spending hours on the cross-trainer every week couldn't fight against her growing waistline.

But that all changed after Aysha started a 12 week body transformation programme which meant cutting out all the sweet treats she lived on and taking up an intensive gym programme with weight training.

Instead of biscuits and toffee sweets, dessert became protein based puddings that were part of the her training.

Aysha said: "I was going to the gym and then coming home and eating junk food – it really defeated the point!

"Because I felt I'd been good all day, I really wanted something naughty to eat and I felt I'd earned it.

"It became my secret habit – I didn't tell anyone that I was snacking away on chocolate after everyone else had gone to bed.

"Thankfully doing the Ultimate Sports Nutrition programme helped me cut the snacks and stay on the straight and narrow.

"When you've got a programme to stick to, it makes it so much easier. I needed the motivation it gives you to keep going and not give up.

"It was hard to hide all the sweets and chocolate I was putting away because it wasn't on the diet programme I'd put together with the USN starter pack.

"Never did I think in a million years that weight training would help me but it was on the programme so I thought, 'OK, I'll give this a go'.

"The results were incredible. People at work noticed and even asked me if I was eating enough.

"I had to keep reassuring them, 'I am eating more than you can imagine!'

"I've always loved my food and could never have done a diet where it meant cutting out all important calories.

"This way I've changed my attitude to food – no more midnight snacks for me - and gained an all-round healthier lifestyle.

"And I have achieved my dream body and the confidence I've always wanted". 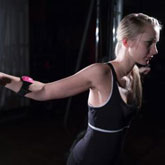 By ROSE KWAMBOKA | 7yrs ago 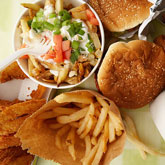 By NAOMI MRUTTU | 7yrs ago

How to detox after overindulging 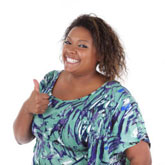 By BOB OTIENO | 7yrs ago

Achieve your ideal weight in 2015 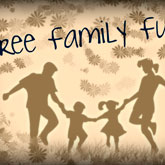 By BOB OTIENO | 7yrs ago

How to stay trim over the holidays
To personalise content, tailor ads and provide best user experience, we use cookies. By using our site, you agree to use our cookies.