How women can advance in the age of automation 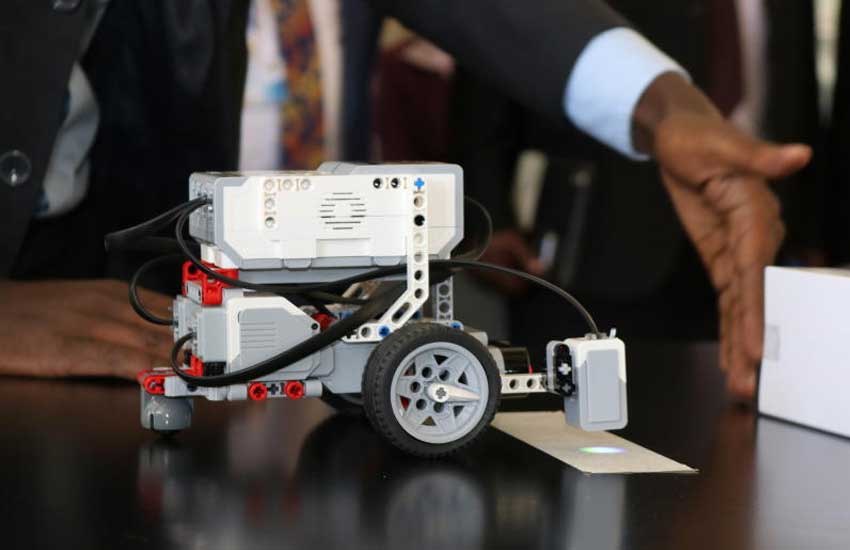 The bots are coming. Automation is already starting to replace jobs.

Robots and computers are not only taking over routine physical work activities, but they can now tackle more complicated tasks like driving and sensing emotions. And they’re cheaper than humans too.

As a result, research suggests that about half of the work humans currently do will be automated by 2055. But how will female employees fare in our automated future?

A new McKinsey study found that automation will affect the working lives of men and women quite differently.

And there’s some good news for women, especially those who are prepared.

McKinsey Global Institute’s used their own models of future work automation to create scenarios for what the future holds for women and men.

Specifically, they estimated how automation will impact women and men in the year 2030 in ten countries (six mature economies and four emerging economies).

The year 2030 may sound far off, but it’s a mere 11 years away. The study results indicate the future may be promising for women if they can adapt.

Here are a few highlights of what McKinsey researchers think is in store for women at work in 2030. Women may fare slightly better than their male counterparts. Worldwide, McKinsey researchers anticipate that 40 to 160 million women (that’s seven per cent to 24 per cent of those currently employed) could need to change occupations.

For men, McKinsey estimated that eight to 28 per cent will have to make a transition.

Hours spent using physical and manual skills and basic cognitive skills could decrease as those activities become more highly automated. Past research has shown female leaders have superior social and emotional skills, and women generally have greater emotional awareness. However, fewer women than men may be adopting the technical skills that will be necessary for success in the future.

For example, the study highlights that jobs that involve producing, installing, maintaining, and deploying new-generation technologies are typically held by college-educated men, and only 28 per cent of these job hours are currently held by women.

Partial automation may free up women to focus on other tasks. The McKinsey study found that women were more likely than men to have their jobs partially automated, leaving room for women to work alongside machines.

The report’s authors describe, “In an emergency room in 2030, for instance, health workers could spend less time doing clerical work (due to the adoption of preregistration by mobile phone, computerized checkout and billing, and AI-led diagnostic tools) and physical work, but more time interacting with patients.” In other words, work may become more interesting and stimulating.

Flexibility, the holy grail for many working women, will be more common.

Currently, the need to put in long hours at an office or other workplaces can create a greater disadvantage for women who also often bear a bigger burden of childcare at home.

The McKinsey researchers suggest that in the future, technology could reduce the need to co-locate with colleagues as telecommuting becomes more widely adopted. This could increase flexibility, which would be a big boon for working women. Clerical and service-related jobs will be the biggest loss for women. Specifically, the study found that these clerical occupations will account for about 52 per cent of potential female job displacements.

Men, by contrast, will lose most of their jobs in the categories of machine operator jobs and craftworkers. In emerging economies, agriculture-related occupations will also take a hit, but how this impacts men and women depends on the country.

Healthcare is the biggest opportunity for women of the future. Indeed, the fast-growing area of healthcare for our aging population could account for 25 per cent of potential jobs gained for women.

In fact, the McKinsey study estimates that 58 per cent of job gains by women could come from healthcare and social assistance, manufacturing, and retail and wholesale trade.

The majority of men’s job gains, by contrast, will come from the manufacturing, retail and wholesale trade, and the professional, scientific and technical services sectors.

About nine per cent of us will be in jobs that don’t even exist now. By 2030, the researchers suggest that almost one in ten of us will be an entirely new and emerging occupation.

New jobs are already being created, and in the past decade, alone a variety of new occupations have emerged from machine learning and AI to ride-hailing drivers for companies like Uber and Lyft.

It’s hard to prepare for jobs that don’t yet exist, but flexibility and basic technical and social skills will be a plus.

Women are in a great place to make the transition to an automated future, but only if they have the necessary skills.

Women in mature economies are graduating on par with men, and women in emerging economies have more educational opportunities than ever.

But we’re not there yet. Women need to work on developing their skill sets to match future demands, particularly in the technology area.

The writer is a Forbes contributor

Woman who hit rock bottom after break-up now makes Sh5.6 million a month from her bedroom

Four things to consider before launching a business

How my business was born from a hobby