﻿﻿ Evewoman : Confessions: I’m several years older than him, his mother doesn’t like that ​
​

Confessions: I’m several years older than him, his mother doesn’t like that 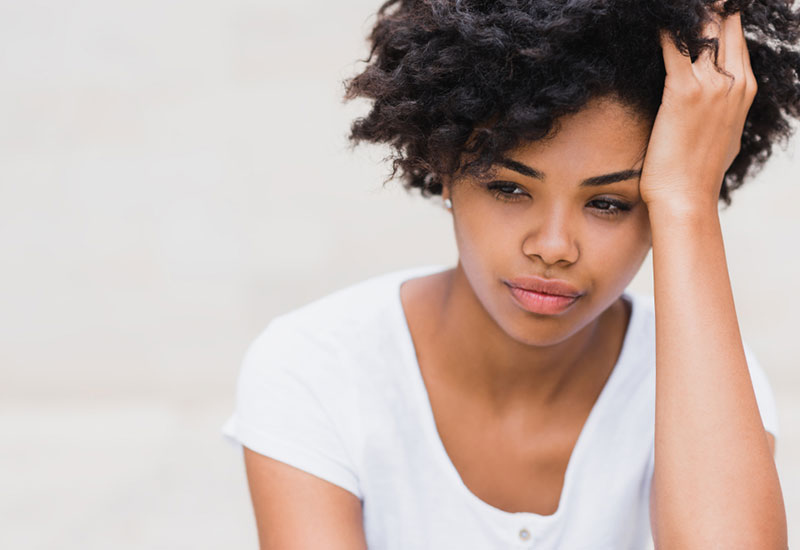 ALSO READ: Confessions: My policeman husband won’t let me visit wherever he is stationed

I have been in a relationship with this great guy for about five years. It was a bit awkward at first because I am several years older than him but things are good now and it doesn’t seem to bother us. However, his mother has had a problem with our relationship ever since she found out about this. Lately, he has gone back to school and we rarely see each other. He keeps saying he wants to fully commit to his studies. I heard some rumours that he was seeing another girl but when I asked him, he said this was not true. His friends have repeatedly told him if his mother doesn’t like me, he should stop dating me as this relationship is not going anywhere. I see signs I don’t like and I am not sure how to deal with this. Please advise me.

Rita you have lost it and you don’t need to waste your time any longer. All the signs are there that the man has drifted. Even if he still has feelings for you, his mother will always be too powerful to ignore and any honest man will tell you that boys find it easier to listen to their mothers and will always follow her advice. As it is, don’t ask him any questions. Just don’t contact him and if he goes mute until the time you try contact again, you will know the truth. Concentrate on your other life, walk ahead and feel free to socialise but don’t be reckless.

It’s clear that the age factor has taken its course. Your man has given in to the pressure from his family and friends about dating an older woman. You had better appreciate the signs and leave as soon as possible for the sake of your dignity. The thing about love is that we insist on the wrong people, the right ones get away.

If you suspect your relationship is not going well, you could be right. He may, however, not have the heart or guts to tell you that he is ready to leave. He may be “waiting for the right time”, even though there is no right time to tell someone you want to end a relationship or he might be thinking that if he acts in certain ways, he can drive you away and make you think it is was your decision. Make your decision and leave him before he leaves you.

ALSO READ: Confessions: How I am coping as a new mum during Covid-19

First you older than him and he is a student. Leave the young man to finish his studies. Look for your age mate or a guy older than you. His parents have disapproved this relationship. It has no blessings. Furthermore, he may have been enjoying your resources and nothing more.

Rita, there are a few skills you will have to learn in life and, unfortunately, there is no school for this. When it comes to people and relationships, one of these skills is that one of smelling the coffee while it is still brewing. By this, I mean you will be required to constantly read people and tell what they are processing in their minds before they get to tell you or act on it. If you had this skill, you would have seen a young man probably in love with you (I believe) but who has now lost interest and, if he has not, is going to leave you soon.

The other thing is that if you ever hear a man start plugging issues to do with his mother into your relationship, it is a chance to wake up and plan accordingly because that relationship is heading nowhere. If a man wants to be with you, it will not matter what his mother will think or say. He will stand firm by his heart. If he is making his mother a deciding factor in this relationship then you had better let her advise him on the best girl for him to date then he could proceed with her.

The fact that he is also several years your junior could also be playing out in this relationship and he may not be entirely comfortable with that. He may, however, not know how to tell you since you have been in this for about five years. I think he is looking for a way out but does not know how to go about it. Ideally, there is no co-relation between studies and a relationship and, as such, his studies cannot be an excuse for avoiding you.

The moment a man starts letting his friends, mother or the public have a say in the woman they are going to date, that is when his world starts crumbling down on him. While this may be hard to accept, I believe that this is probably the beginning of the end for that relationship.

I would not be overly worried about what other family members think or feel about your relationship unless they are raising fundamental concerns. Many relationships experience such rough take-offs due to unfounded suspicion or genuine concern for their own. With time, the hostility fades away when they realise that you were a good person after all.

What should bother you is what is happening between the two of you. Going to school at your level does not require anyone to disconnect from loved ones so as to concentrate on their studies. Studies, work, business, family and many other things can be undertaken co-currently. Wanting to ‘fully commit’ to his studies, for me, would be a red flag and you need to discuss it.

Age difference is a factor in a relationship just like religious differences, finances, extended family, among others, if not handled well can lead to a relationship breakdown. Your age difference is clearly one of the unsettled areas. The other people’s opinions are too loud. The lady being older than the man may not be conventional but in itself cannot be the reason the relationship doesn’t work.

Although you are trying to tell us that you are okay with it, you are not. At the back of your mind, you are not sure how things will turn out. Otherwise, the rumours would not alarm you this much. It is okay to voice your uneasiness. If one of you is not comfortable, you can give each other time and space to rethink this over. It may be painful but needful.

Confessions: How I am coping as a new mum during Covid-19

Confessions: Been hosting job-seeker sister, now she treats my house like a lodging