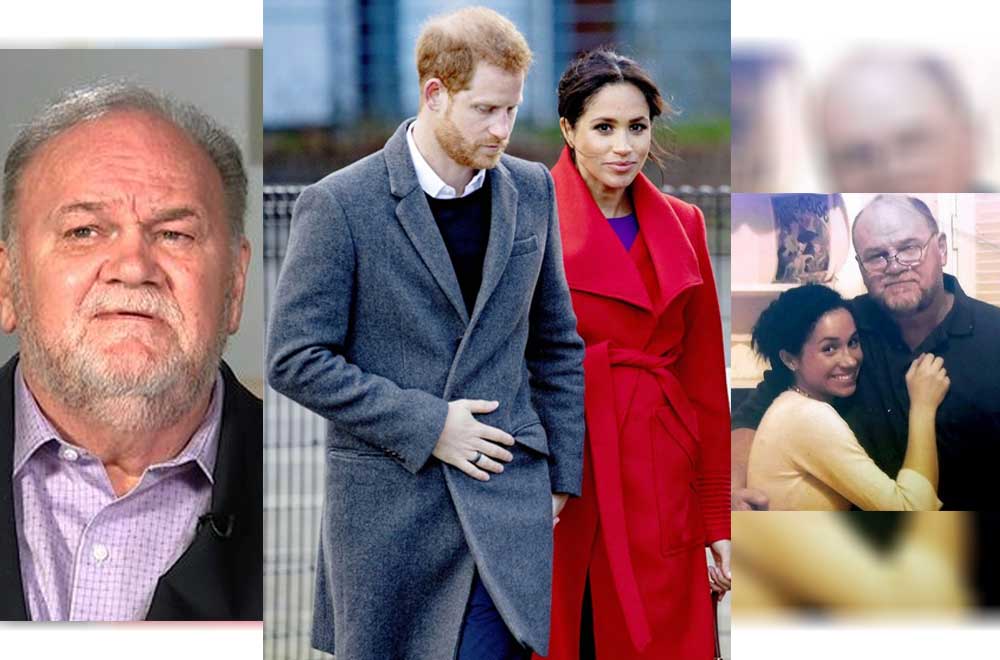 A sensational letter written by Meghan Markle to her estranged father Thomas shortly after her wedding has been revealed.

In neat handwriting, she accuses him of breaking her heart “into a million pieces” by giving scathing interviews to the media, making up stories and attacking Prince Harry.

She begs him: "If you love me, as you tell the press you do, please stop. Please allow us to live our lives in peace."

The Duchess also slams her father for siding with her half-sister Samantha, who has attacked her in the press while she “silently suffered at the hand of her vicious lies”.

Meghan, who is expecting her first child this spring, also complains that Mr Markle has made no attempts to contact her and reprimands him for falsely telling journalists he is the one who has been shunned.

She also accused her father of snubbing her and Prince Harry’s offers of help when he pulled out of attending their wedding after two heart attacks - and accuses him of being ungrateful for the money she has given him.

In the letter, the Duchess of Sussex writes: “Daddy, it is with a heavy heart that I write this, not understanding why you have chosen to take this path, turning a blind eye to the pain you are causing.”

In another extract, she says: “Your actions have broken my heart into a million pieces - not simply because you have manufactured such unnecessary and unwarranted pain, but by making the choice to not tell the truth as you are puppeteered in this. Something I will never understand.”

The letter came after Mr Markle declined to walk his daughter down the aisle last May then went on to criticise the Duchess in a series of media interviews.

Meghan went on to accuse her father of "victimising" her in the press.

The existence of the letter was revealed by Meghan's pals earlier this week, but it has today been revealed in full.

Meghan's letter says: “You’ve said I’ve never helped you financially and you’ve never asked me for help which is also untrue: you sent me an email last October that said: 'If I’ve depended too much on you for financial help then I’m sorry but please if you could help me more not as a bargainship for my loyalty'."

The Duchess adds: “If you love me, as you tell the press you do, please stop. Please allow us to live our lives in peace.

"I realise you are so far down this rabbit hole that you feel (or may feel) there’s no way out, but if you take a moment to pause, I think you’ll see that being able to live with a clear conscience is more valuable that any payment in the world.

The five-page letter was published by the Mail on Sunday and comes after five close friends of the Duchess gave anonymous interviews to an American magazine last week.

They said she was so upset by her father’s public attacks on her and Prince Harry that she wrote the anguished letter begging him to patch up their differences privately.