My daughter is pained- I can see it in her eyes: Meghan Markle’s dad speaks his mind on her marriage 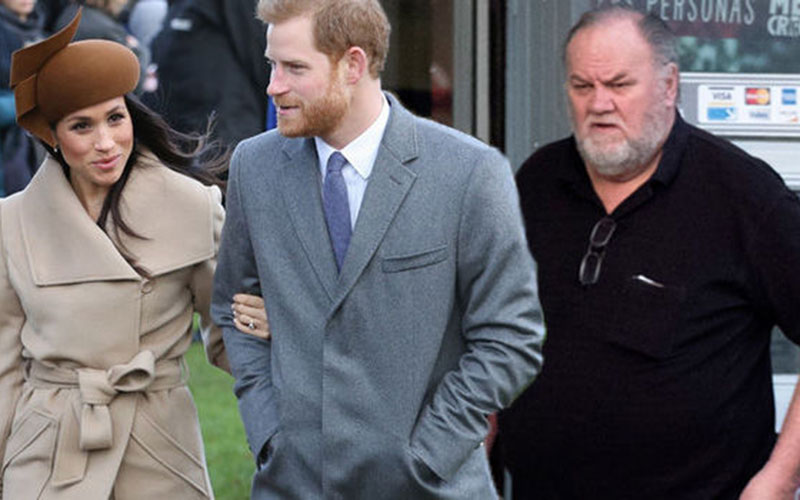 Meghan Markle’s dad, Thomas Markle seems never to run short of controversy especially in the recent past now that her daughter is married and part of the Royal Family. Mr. Markle, who could not attend his daughter’s Royal wedding due to health complications has given several interviews where he has openly talked about the disconnect between him his daughter, the Duchess of Sussex.

He recently had an interview with The Sun where he said that he believes the royal family is putting too much pressure on his daughter. He thinks his daughter is miserable and pained.

“That might be just having a couple of bad days. I don’t know. It really worries me. I think she’s under too much pressure. There’s a high price to pay to be married to that family.” He went ahead to say.

The 76 year old also gave his opinion on the rules followed by the Royals especially the dress code “Meghan seems like something out of an old movie. Why in 2018 are we dressing like the 1930s? Why do they have to cover their knees?”

“I think Meghan is in deeper than I am. “I’m not blaming Harry or anyone but they are following rules that don’t make sense to me” he went ahead.

What do you think on Thomas Markle’s concerns? Are they valid?