Kim and Kanye named their daughter Chicago West: Here are 7 other celebrities who named their kids after places 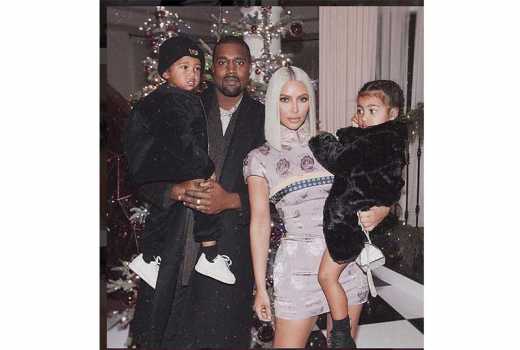 Just recently, Kanye West and Kim Kardashian welcomed their third child, this time via a surrogate. Kardashian revealed the news on her website, telling followers, “Kanye and I are happy to announce the arrival of our healthy, beautiful baby girl,” she said. “We are incredibly grateful to our surrogate who made our dreams come true with the greatest gift one could give and to our wonderful doctors and nurses for their special care. North and Saint are especially thrilled to welcome their baby sister.”

Days later, the 37-year-old took to the same medium to let everyone what the couple had decided to name their daughter,and we didn't see that one coming.

In a short and simple post, Kardashian announced the child’s name as Chicago West, saying she was born January 15 at 12:47 a.m., weighing in at seven pounds and six ounces. According to younger sister Khloe, they call her Chi, pronounced as “shy.” The name obviously has special meaning for West, as he was raised in Chicago and proudly proclaims the city as his hometown in a lot of his music. But they aren’t the first in their family to name a child after a place. Kardashian’s oldest sister, Kourtney, gave her daughter Penelope the middle name Scotland. As for baby Chicago, she joins big sister North, 4, and brother Saint, 2.

The whole naming a child after a place thing is pretty common in the industry, especially with musicians it seems. Check out seven other stars who named their kids after some of their favorite spots in the world:

Mariah Carey: One of her twins, her son, is named Moroccan Scott Cannon.

The Game: The rapper named two of his children after places. He named his first son Harlem, and his daughter he named after his state of residence: California.

Mike Tyson: The famous boxer named his kids with wife Lakiha Spicer after a major city and country: Milan and Morocco.

Future: While he didn’t spell it exactly the traditional way, rapper Future has a daughter named Londyn.

Shakira: The mother of two named her first child with footballer Gerard Piqué after the Italian city, Milan.

Michael Jackson: And who could forget Paris Jackson? The only daughter of the late King of Pop shares a name with the City of Love

Parenting: How to put an end to the habit of talking back
Parenting By Esther Muchene