I started my business to beat the fluctuating Kenyan job market! 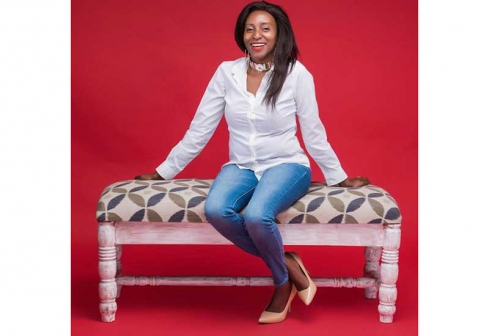 Sarah Kagunya, is the CEO of Ellah Creations, a company that specialises in cards, jewellery and cake. She talks to us about what drives her passion

I earned a degree in Food Science from the Jomo Kenyatta University of Agriculture and Technology between 2004-2008. I later studied for a diploma in Graphic Design at Academy Of Graphics Technologies between 2011 – 2013. I have worked as a nutrition consultant and as a creative and graphic designer.

Just before graduating, I got a job as a nutrition consultant and because I knew the contract was only for a year and two months, I began applying for jobs in advance but I never got one. It dawned on me early on that I needed an alternative source of income. I have always loved fashion; I am creative and good with my hands. I began making jewellery and selling it. I love giving personal gifts to friends and family and I realised there were no cards in the market that I liked so I started making cards. My first designs infused a lot of kitenges and bold designs and slowly by slowly I began to grow my client base and that was what inspired me to go back to school and study graphic design.
I kept on applying for jobs but I would get ones that did not pay well or nothing at all. I eventually got a job as a graphic designer, and the experience helped me grow my art. However, I had my son in 2012, and doing a 9 to 5 job and a business on the side became overwhelming. I would find myself working throughout the weekend; I would lock myself in a room to work and go out to meet clients instead of spending time with my son. Then weekdays became hectic. At one point I was waking up at 3am to work on new orders before heading to work. It became too much not just for me, but my son was suffering.

In 2015, I finally put my money where my mouth was and officially began Ellah Creations, and left employment.

Lack of office space was one of the biggest hurdles when I was starting up. I would be at Café Deli in town usually from 8-12 to meet clients, it was a hustle but you have to make it work. Another challenge is in picking people to work with. As a person who makes cards you have to deal with printers and I learnt the hard way that you cannot work with just anyone. Some people who you meet in the industry are all about short cuts and that will end up giving your brand a bad name. Now I have a team of five who understand my need for excellence.

The business has grown; now I am also doing cakes. I specialise in soft cream cakes for bridal showers, baby showers and birthdays. Making cakes grew out of my love for hosting people at my home, and from what I studied in campus.
Additionally, my clientele has grown, now we even have international clients. I recently had a client, a Kenyan who lives in America. He found us on social media and after seeing pictures of my work, called me and sent money, and after we worked on his wedding cards we shipped them to him. When we started our clientele was 80 per cent from referral and 20 per cent from our social media platforms, but now we have 60 per cent from referrals, and 40 percent from our social media platform which means we have a growing social media following.

Be persistent, and work with what you have, if you do not have an office, find somewhere you can meet clients like a coffee house. Advertise on social media. Also do not get offended when you get rejected, not every person you approach or who approaches you for business will be a client, rejection is part and parcel of running a business. All you can do is give your best, and clients will come. Lastly, surround yourself with people who believe in your dream.