﻿﻿ Evewoman : My relationship with a necessary evil: The internet ​
​

My relationship with a necessary evil: The internet 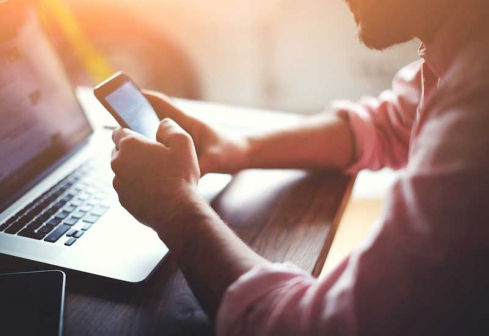 My brain is numb, there is literally nothing that can stimulate it to action, and an old piss soaked mattress would be a better replacement for it.  It used to work wonders once, firing ideas all over the place, coming up with ways to save this ball of mud we call earth, debunking urban myths like the female orgasm. It was a thing of beauty, a thing of wonder but now the most critical decision it makes is how to get more followers and more likes on my instagram; Jesus wept.

It is almost impossible for such drastic change to be pinpointed to a single factor but in my case is possible. After months of meditation with Mary Jane as my instructor, I finally found thing solely responsible for my plummet into mediocrity; the internet!!!

I just cursed(silently), where do you think I learned such vulgarities from? Church? Nope, It’s from the world wide web. Let me dial it down before I get carried away, better still let me go way back to where this whole mess began.

Now keep in mind that there was no high speed internet those days,  so all we could do was look at pictures of topless women which for our young innocent minds was like main lining alcohol.  It was my first experience of the kind of freedom and anonymity that the internet could provide me and I was hooked.

A few years later and something new was introduced, the smart phone; the phone with no buttons. I got my first one after saving for months and almost selling my liver, it was a cheap Ideos device with a screaming yellow back cover but I loved the shit out of that phone.

It came with a plethora of time wasting options; Whatsapp, facebook, viber, twitter and so many more.  High speed internet was also introduced and the public with myself included gulped that mess whole without second thoughts. It was cool to be online, it was considered hip to have an account in every major social media site and if you were not with the pack then you were left to die by the side of the road.

ALSO READ: My reflections: A punch in the gut, that’s what life is sometimes

Information was everywhere,  I could access it at the click of a button,  the internet was my new god come to save me from the clutches of ignorance, shatter its shackles and anoint me with the oil of self-awareness; life was going to be awesome.

Fast forward a few years later, the devices got pricier, faster and flashier.  Internet speeds were at an all-time high and the web was the new frontier but even in the face of all this progress one question remained unanswered for me; if the internet was supposed to save us all why was I still so fucking stupid?

I live in a world where I can access any subject in the history of human existence, I can learn about things that can make me a better man yet what do I do in my free time; access bigbooty.com.  I could learn about the stock exchange or how every electronic device in my house works instead I am looking at black people vines on YouTube the whole afternoon.  I could join discussions with people from all over the world on important issues like urban housing or founding a startup company but I would rather be on reddit arguing if that J Cole album was really that good.

Social media has made me petty,  I need to post pictures of my food, my clothes, my neighbours dog; plaster my whole life online for public consumption because if I do not then I am not relevant anymore and what's the point of being alive if I am not seen? This is what I have become,  a person who depends on the validation of others to make it through the day.

I started this by blaming the internet but maybe I should blame myself for grabbing a sword by the blade and expecting not to get cut. The internet is not biased, it is an open book. You choose what chapters to read and the ones to ignore, the ones to skim over and the ones to book mark; It honestly does not give a flying fuck what you choose to do with it.

My brain is numb and tired, but maybe if I watch one funnier cat video I can forget that I ruined the internet for myself.

ALSO READ: My reflections: The girl at my local

My reflections: A punch in the gut, that’s what life is sometimes

My reflections: The girl at my local