The new trend on the block- Marrying oneself!!! 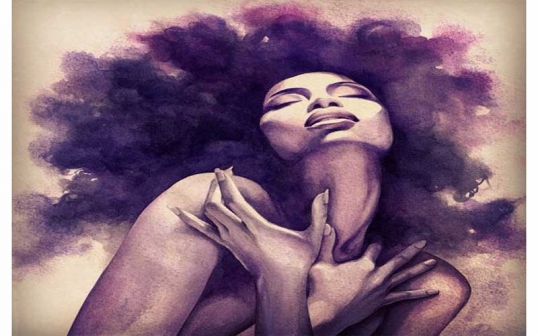 ALSO READ: How to spot and deal with a jealous friend

My boss recently visited the US for a global human rights conference and being her first time, her eyes were almost blinded by this liberal world. She told us of an interesting trend in New York where she was being hosted.

Part of the conference required the participants to attend a networking dinner and here she met all kind of weirdos. Madam boss tells us that she almost felt lost in this liberal crowd, because the personalities espoused the true meaning open-minded.

Though everything was shocking and new to her, what almost jolted her off her seat was one woman's introduction.

"My name is Sasha and I am married to myself. I believe I am the best for myself," my boss shared the 'stranger than fiction' introduction.

I have read online about people like Sasha but never imagined they are real. Sasha is part of the new crop of women in the West who are going against the societal norms and choosing to marry themselves.

The trend known as sologamy or self-marriage, entails a new way of living where liberal single women who are tired of waiting for Mr Right, are saying yes to themselves. How weird! One psychologist called it "liberal sickness".

Just recently, one Erika Anderson, a woman from the US, walked herself down the aisle in a colourful ceremony that was attended by friends and family. An excited Erika said she got fed up of people always asking her why she was still single, that's why she decided to go it alone.

Though critics see it as a sick western trend, with globalisation taking over the world, very soon you will start hearing our liberal single sisters talking of such. So you better be in the know.

Proponents of sologamy say it's a way of embracing a new identity to stop people from asking irritating questions like "when are you bringing home Mr Right." Wikipedia says it is a commitment that values self-love and self-compassion and leads to happiness.

They say the beauty of this trend is that it is not celibacy like nuns do it, and it is temporary, until you meet that somebody who will make you "break that vow to yourself".

And since it is not legally binding, divorce does not feature anywhere.

So after the wedding what happens on the wedding night? I guess this is where the sex toys come in handy. As a conservative, my take on this sologamy business is that it is sad, twisted and an indicator that society is rotten.

And my local pastor will crown it and say "indeed these are the signs of the time," And the Christian in me totally agrees.

But like I always say, I am not here to judge but just to put it out there so that you can make your own informed judgment.

To avoid getting to this desperate level, an appeal to our dear men, "please stop putting our single women on the parking lot for too long". It's immoral to date her for five years without putting a ring on it? C'mon don't push her to marry herself!

The writer is a married working mother of a toddler boy and a pre-school girl. She shares her experience of parenting, juggling between career, family and social life.