I came back from UK to discover my wife left me 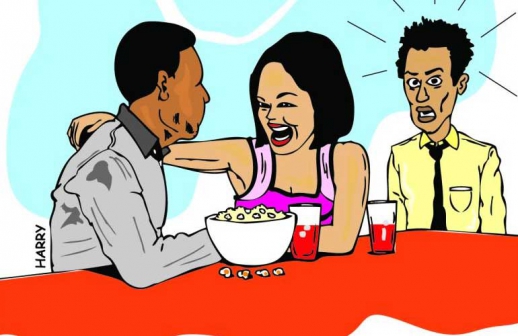 I married this woman in 2006 but she had a daughter from a previous relationship. We worked in a flower farm and in this industry women are often used by men in exchange for money and other favours. We dated for a while and I fell in love with her despite her being five years older.

Later I went to the UK to look for greener pastures and I got into some quick money-making ventures that got me deported back. On my return, I learnt that she had gone back to the father of her child even though we are still married. I have tried talking to her but she seems to be deeply in love with him despite all the sacrifices I made for her. I don’t know what to do now, please advise me.
{Jacob}

Jacob, it seems this lady was depressed and needed a man to comfort her. Bear in mind that she was older than you and had a child by another man. Forget about her regardless of whatever you invested in her otherwise, she is going to lead you into depression or cause you to develop other health-related complications. Think positive and look for a lady of your choice or age.
{Onyango Outha}

This woman was never yours to begin with. She made the choice to go back where she truly belongs therefore, you should do the same thing and move on with your life. You still have a bright future.
{Fred Jausenge}

Let this woman go. She is married and settled with her family. She just needed financial and moral support from you and now she no longer needs that. Do not keep lamenting over the past but be strong and move on my brother.
{Joash Ng’etich}

I don’t know much about your relationship, but is it possible that they were dating behind your back? I think you rushed into things by dating for a short time and taking her as your wife. When you went out of sight, you went out of her mind. Take your time, relax and find another woman to marry.
{Ouma Ragumo}

It is good you knew about her marriage from the start. Stop insisting on getting back into a boat that is evidently sinking. If she insists on staying with the other man, then know that he is better than you in many ways. They may even have been dating while you were with her. She is not the only woman around.
{Tasma Charles}

Jacob, the writing is on the wall. She loves the father of the child and you have already learned this. I would advise that you seek a divorce on the basis of adultery and move on. Clinging on to the situation will only leave you devastated. You deserve to be happy and this is the time to make the move.
{Macharia Calvin}

Jacob, it seems this lady was only looking for short term support or for somebody to fill the gap left by her former husband. When we get into a relationship for the wrong reasons, we are bound to experience various challenges, some of which have far-reaching implications. You got into this relationship not out of love but more out of pity. You wanted to protect her from sexual abuse by other men who would want to exploit her because of her financial status as well as ensure the well being of her child. These are indeed noble reasons but they are the wrong reasons to lead someone into a relationship.

A relationship is a long-term venture that has permanent, and in most instances, lasting effects on the persons. It is wrong for someone to base permanent and long-term decisions on temporary situations. An illustration of this is a man who decides to marry a woman because he has found a three-month job. In as much as people have problems, you must build it into your system that you cannot solve everybody’s problems. You have enough of your own to contend with let alone those of others. In future I encourage you to consider the right things before getting into a relationship and specifically it is good to avoid “pity”.

When getting into new relationships you ought to clearly define what you are looking for in a partner. It is then prudent to consider your interests first. The other person’s interests in the relationship is their own business.

About getting into a relationship with an older woman, there is absolutely nothing wrong with this. As long as the age difference is not glaringly large, people of different ages can cope very well in a relationship. However, because of the different growth curves and phases, you are encouraged to get a woman who is several years younger. It is much easier to handle a younger woman than an older one. This, however, does not mean that such relationships are impossible - only that they have their own complexities.
{Taurus}