﻿﻿ Evewoman : The causes of food poisoning – and how to avoid them ​
​

The causes of food poisoning – and how to avoid them 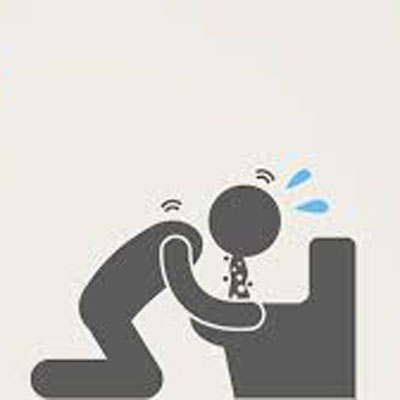 Campylobacter kills over 100 people every year.

“These findings confirm that the FSA is right to put campylobacter at the top of its priority list,” says Professor Sarah O’Brien, lead researcher on the FSA study. “It’s the biggest food safety problem we have, and more needs to be done to tackle it.”

A staggering 80% of such infections came from contaminated poultry, with the rest from untreated milk and water or red meat.

All but the latter are high-risk foods; a category the NHS says includes:
1. Raw meat and poultry

ALSO READ: Foods that have more proteins than eggs

The phrase ‘food poisoning’ is a little misleading, as the bacteria responsible can easily lurk in water.
It’s a particular problem in poor countries, and beyond taking the obvious precaution of not drinking tap water, it’s wise to avoid ice cubes, washed salads and uncooked vegetables.

There are plenty of precautions you can take when preparing food at home to ensure you don’t fall victim.

2. Letting ingredients that should be refrigerated sit around outside it

4. Allowing someone who’s ill or hasn’t washed their hands to handle food

5. Out of date ingredients

ALSO READ: How to thaw meat and chicken safely

Symptoms to look for include:
1. Nausea (feeling sick)

Usually, the symptoms will pass without the need for treatment, and the mild dehydration caused can be righted by drinking plenty of fluids.

Drink mostly water in sips, but include fruit juice and soup. Avoid sugary drinks like cola, which can make some symptoms worse.

Severe dehydration, on the other hand, is potentially fatal. The human body needs water in order for the organs to function. Symptoms include weakness, confusion, a rapid pulse and unconsciousness, and should be treated as an emergency.

You should also seek medical advice if:
1. You’re being sick a lot and can’t keep fluids down

2. There’s blood in your diarrhoea or vomit

3. You have severe stomach pain

5. You suffer vomiting for more than two days, or diarrhoea more than four days

6. You’re elderly, or have an existing issue (such as diabetes, epilepsy or kidney disease)

7.  Your immune system is weak, e.g. from chemotherapy, steroid treatment or HIV

9.You got it from restaurant or takeaway food

If you've suffered food poisoning from a restaurant, café, sandwich shop or other outlet, you must talk to a qualified lawyer as soon as you can. You may well be entitled to compensation.

Foods that have more proteins than eggs