No woman wishes for a 'dead beat' dad 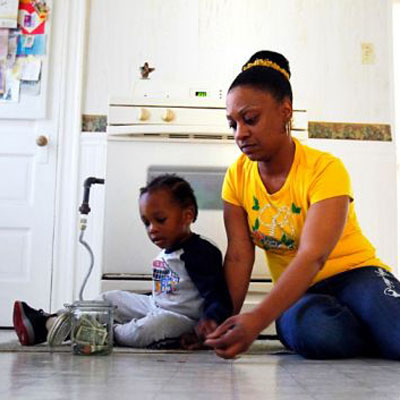 I am not here to justify or support dead beat habits but I have to make it clear that it is not the dead beat magnet that attracts us to people with such tendencies. Now pay attention tonyadamske.

Suddenly, you are changing tune and telling us to judge a potential dead beat from his looks! You are way off the mark. Those men you scrutinised the other day claiming their looks betrayed them have other attributes that make us attracted to them than their deadbeat looks − they could be far much better than you think. The fact that a man looks careless doesn't necessarily mean he is careless. Does sporting dreadlocks make one a Rastafarian − a ganja farmer?

Let me enlighten you about men. Have you ever seen a shaggy conman in town? Hell no! Those men are suited up complete with ties and tablets. They drive the best of machines and look at you from the top of their designer glasses!

I once met a very smartly dressed man in a banking hall. He asked me for my number, since I was single and searching, I did not hesitate. He ticked all the boxes of tall, dark and handsome; a perfect blend with this beautiful, educated, religious, young lady. 'Yaani' if we had just tried having children, our kids would have graced your screens in all adverts − from Pampers to OLX.

I knew my prince had finally arrived – I wouldn't have to kiss any more frogs. Little did I know I was about to kiss the coqui frog − the loudest of them all! I just had the boiling frog. This guy was never present. Always busy 'meeting' with the movers and shakers of Nairobi striking deals, which never materialised. Let us just say I am not falling for any 'smart' man again!

Have you ever asked yourself why people never give up on bees yet they sting? There is always excitement about the beast, or is it dead beat? We are drawn to the promise adventure − because he is imaginative, not dull like the decent Tonys of this world. So in as much as we suffer, we get a bit of excitement and fulfilment!

Right now, there is this man who is always in dead beat pants and drinks Fanta, yes, I said Fanta. His name is John and he walks all over selling insurance covers. By the way, he is not as handsome as the frog mentioned above but I can risk carrying his pregnancy − I am just crossing my finger that the baby looks like me and not him.

He does not spend any cash on me, instead, he keeps borrowing from me and yes, I keep giving even when he does not pay back as promised. Probably he is using it on other women since he rarely sleeps in his own house. But who cares? Not me! As long as he keeps telling me he loves me and treats me like a queen when we are together, I will stick to him like glue as I hope for the best.

Even if it ends badly, there is more in a relationship than just looks, the feeling that it brings you is all that matters. If it makes you happy and at peace, 'shikilia hapo!' If it makes you a clown or a marionette, start looking for the exit. The faster you find it, the better. If you are attached to a man because he is smartly dressed and carries himself around with dignity, then you are not in a relationship – you are in a board meeting!

Trust me, the day the board members will disagree, you will be thrown out of the boardroom penniless with minutes to type for nine months and print on your own. Whether or not the minutes will be the exact reflection of what was discussed in the meeting will be none of the board's business.

Did I mention that the above frog was made of glass? He was an injury-prone player who always warmed the bench unlike the dead beat beast who on the worst occasion managed perfect hat tricks. He knew he was ugly hence he knew how to dance!

ALSO READ: Men only: Tales of my dad and Mumelo the bachelor

Six common reasons you have too much gas