When did your love for boxing begin?

At 17, I met the late boxing coach, John Odongo. He had come to my high school to promote the sport. I tried it, and it was love at first punch.

Tell us a little about your childhood?

I was born and raised in Ngomongo (Korogocho Slums) in Nairobi. I come from a family of four. My mother has been my pillar.

I grew up in a humble background surrounded by many social challenges that I overcame through determination, hard work and self-discipline.

The most memorable thing about my childhood is the resilience of my mother, who single-handedly brought us up. She valued education, which made us what we are today.

My mother had no particular source of income, and we would miss classes sometimes for a month due to a lack of school fees.

Shelter was also a challenge, I remember one time the house agent removed the house roof because of rent arrears, and we had to spend the night in the rain and unforgiving cold.

That must have been hard, how did you manage and not let it discourage you?

My mother was a superstar, she refused to be discouraged. No matter what we went through, she pushed on, believing something good was coming; eventually, we made it through the tough seasons.

She was not the surrendering type, and while some single mothers in her situation would turn to prostitution, she instead tried all sorts of business, from selling fish to chang’aa.

Watching her made me look up to better days. I believe that I am who I am today because of my tough childhood, and her strength.

What do you love most about the sport?

Boxing is my passion, it makes me feel complete. It encourages self-reliance and helps me avoid unimportant company.

Working out can be cumbersome, and there is also the challenge of far off training facilities, with those that are readily available being ill-equipped, but this is who I am and what I love.

You had an accident that nearly ended your career, tell us about that?

Towards the end of 2016, I was in an accident that involved a motorbike and a PSV that left me with a broken clavicle. I had surgery and had to stay home for almost two years.

Many thought that I would never make it back to the ring, but I refused to let my dream die. My son, Samuel, would constantly ask me when I was going back to the gym. I stayed positive and never thought of quitting.

Are you back to full-time boxing?

Yes, I am. I worked closely with the doctors and the physiotherapist until I was whole again and was given a clean bill of health.

I went back to the gym in 2018, and in 2019 I began taking part in major tournaments. I represented Kenya in the just-concluded 2020 Tokyo Olympics.

I am warming up to the World Championships slated for March next year, as well as the Commonwealth Games also set for 2022.

What do you believe is your best and worst quality?

I value growth and that means I am open to correction and learning. Once I set my mind on something, I remain focused.

My most annoying quality, which is also a strength would have to be the fact that I refuse to give up even when circumstances indicate otherwise. I keep going, and believing. No surrender here!

Any advice to anyone who feels like giving up on their dreams because it looks impossible?

You bear the vision of your life, it is up to you to steer it, to be your own cheerleader. So, take up your position and refuse to give up.

How do you prepare for a fight?

When it comes to diet, I generally eat anything, but when a tournament is near, I remove protein from my dinner. If I need to lose weight, I go low on carbohydrates.

I also exercise twice a day, alternating between roadwork and cardio. I am currently training for a tournament, which will also be for the selection of female boxers for the World Championships, and so I am putting my nutrition guidelines into practice.

When you are not working and need to relax, what is your favourite thing to do?

I enjoy swimming and bonding with my son.

Where do you see yourself in the next five years?

As an Olympic, All-Africa Games and Common Wealth gold medalist.

By BONIFACE MITHIKA | 4d ago 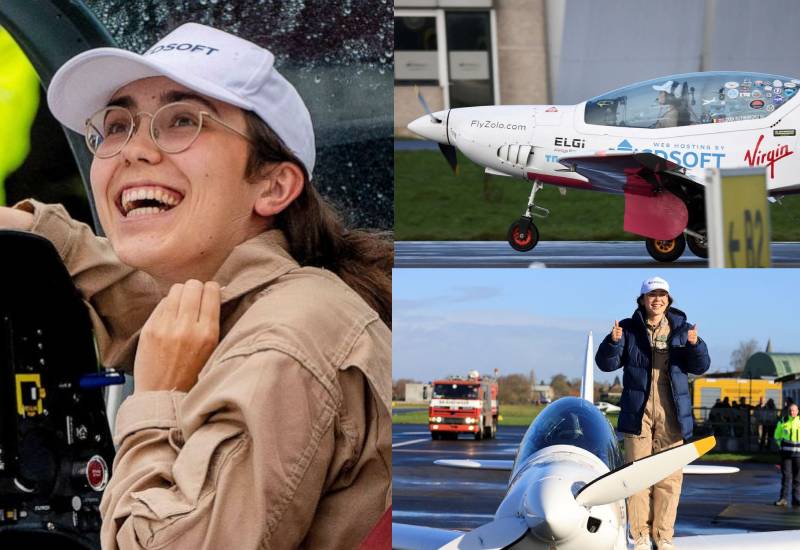