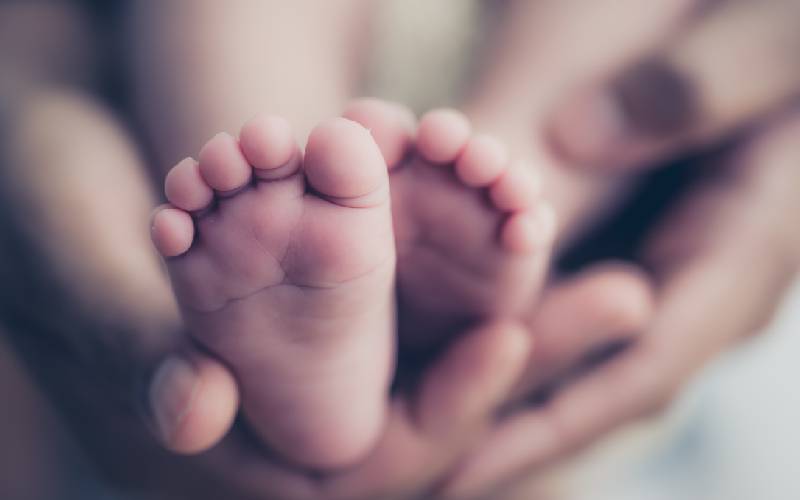 The audit by consultant doctors and senior lecturers at the University of Nairobi’s School of Medicine blame the high death rate on lack of facilities and poor care.

The study done last year and published on April 28, 2019 found that most of the deaths occurred within 48 hours of admission to the NBU.

The team had investigated the use of antibiotics in 320 newborns admitted at the unit over a two-month period.

Eighty of the newborns, the report shows died within seven days of admission, meaning a quarter of the children died within a week.

“Overall mortality among 320 neonates admitted was 80 or 25 per cent over seven days,” stated the child health experts, describing the numbers as “worryingly high.”

The doctors blame this partially on failure by health workers to follow the national treatment guidelines for newborns and lack of facilities.

“It is probable that most of these deaths were due to unavailability of respiratory support,” they said.

The authors say even though the NBU has the necessary equipment for respiratory support, the number of patients outstrips the available facilities.

Overall, the audit found poor adherence to newborn treatment guidelines published by the Ministry of Health in 2016.

“This was the first audit study done in this unit after the Kenyan guidelines were revised in 2016,” stated the experts.

While, for example, the guidelines require complete documentation for every admitted newborn, this was not done for any of the 320 babies aged 0-28 days.

For example, while it is required that the admission form shows whether the baby is breastfeeding, has convulsions or is lethargic, this was only done for a handful of cases.

More important though, the audit states there was extremely little laboratory investigation to find out what the babies were ailing from.

For example, blood culture (blood test for germs) was only done in four per cent or 13 of the 320 admitted newborns.

Neither a spinal tap nor white cells count tests, important in identifying infections, were initiated on any of the 320 babies as recommended in the treatment protocols.

Although experts state that efficient laboratory work is the key to diagnosing newborn infections, the most crucial tests were not done even in cases where they had been requested for. One of the reasons for this failure, the report indicates, was lack of of crucial reagents.

The audit, however, found appropriate prescription of antibiotics. However, these were, in many cases, used for unnecessarily long periods even when the babies had improved.

While it is the rule of the thumb to evaluate newborns not responding to antibiotics, the authors say this was not being done in majority of patients at the unit.

Almost a week later, KNH management is yet to respond to the report. Emails and phone inquiries on what is being done about the deaths have not been responded to.

Last May, the county and the Kenya Medical Research Institute published a study which exposed poor health care offered to newborns in the county.

While for confidentiality the report did not publicly name the assessed institutions, Kenyatta National Hospital, Mbagathi District Hospital, Mama Lucy Kibaki, Pumwani Maternity and St Mary’s Mission Hospital are the most visited facilities in the city.

The study identified poor infrastructure, under-staffing, overwork and overcrowding as the main causes of infant detahs in Nairobi hospitals.

As a general rule, all neonates with birth weight below 2,000g are admitted in NBUs while those above that weight are only admitted if they require special care. According to the report, about 30 per cent of all admissions are referrals from other health facilities. The average admission rate is about 250 newborns per month.

According to the researchers, the study sets a baseline for continued audit and change of practice in the NBU.

“To improve documentation, a structured neonatal admission record should be available at all times. Adequate follow-up of all babies on antibiotic as per the Kenyan guidelines is needed,” the researchers recommended.