Tax on water, tax on life

If the 2021 theme for World Water Day is anything to go by, then the government’s undertakings in the last year are doing little towards increasing the value of water.

An introduction of a tax on water has made the already pricey commodity even pricier.

“Since last July, it’s illegal to make water safe for drinking without excise license, a duty that is levied on the manufactured product. The question is how anyone manufactures a natural resource – water,” wonders Churchill Jones, the secretary-general Water Vendors Organization (WAVO).

According to the government, treatment of water – to make it safe for drinking – constitutes manufacturing.

Further, the government defends itself through the constitution arguing that the levy is in line with Section 15 of the Excise Duty Act 2015 which requires licensed manufacturers and licensed importers of excisable goods to obtain excise stamps. Part I of the First Schedule of the Excise Duty Act, 2015 which provides for excisable goods, lists “bottled or similarly packaged waters” among excisable goods. Excisable Duty (Excisable Goods Management System) Regulations 2017 provides for excise stamp fees on mineral water and aerated water as well as sweetened or flavored water.

Under this new directive, water service providers are under pressure to increase tariffs to cover operating costs, capital costs, and regulatory costs. 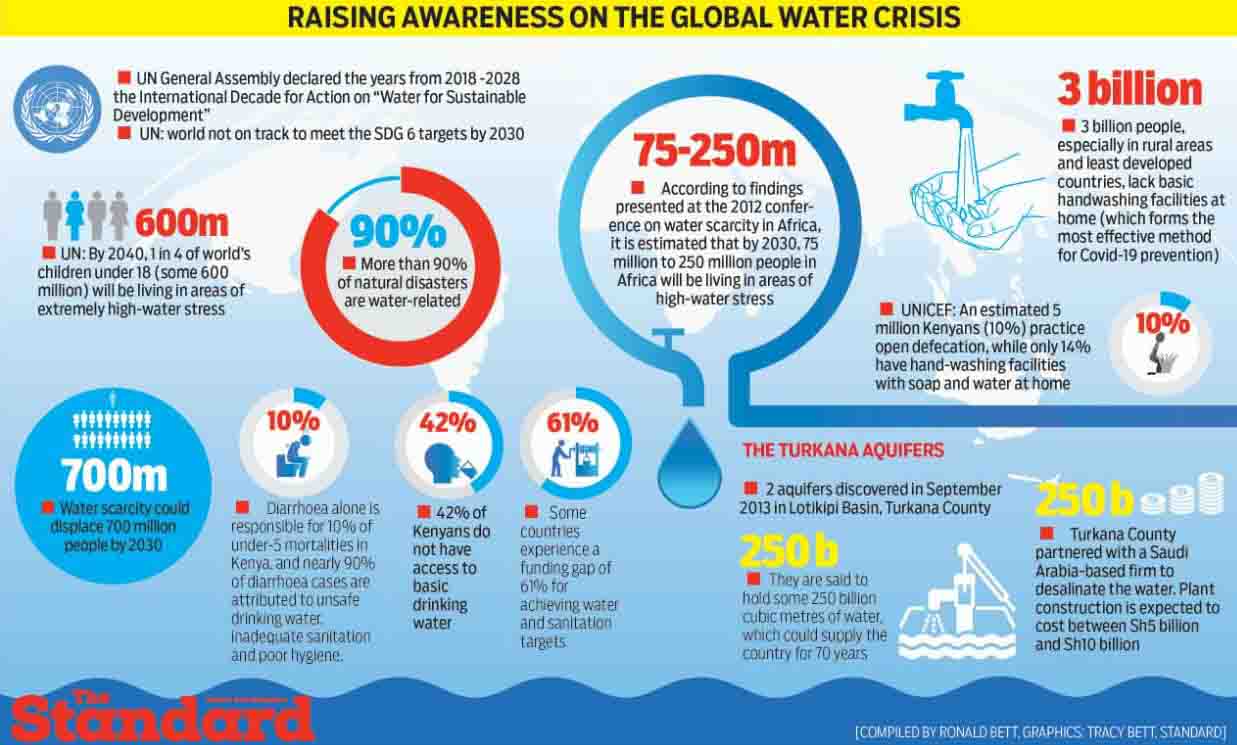 The excise license fee for which the vendors are being asked for is Sh350,000 which is above the Sh200,000 capital that one needs to set up shop. Following the license fee, the water is taxed a further Sh6 per litre which is beyond the Sh5 price of a litre of water that it is sold at. “This means if you drink two litres of water every day, as is recommended, you pay Sh12 on water tax,” Churchill explains.

To this end, water providers have engaged the Ministry of Water & Sanitation and Irrigation and in accordance with The Water Act 2016 to determine where, as providers of this basic commodity, they fall.

While the water providers are not against taxation, the consumer levy should be set at 0.03% so that it does not undermine consumer rights.

With the new levies in place, Churchill predicts its effects being felt in the economy and a drop in the percentage of Kenyans with access to drinking water which stands at 58%.

“Commercializing of a basic right protected by the constitution by making water an excisable commodity for trade or industrialization of a natural resource through tax on water which can be defined as tax on life impacts Kenyans and especially impacts on the poor, women and children and underserved areas,” says Churchill.

The union says the county governments are the weak link in the ongoing fight against the virus.

By STANDARD REPORTER | 22h ago

By FREDRICK KAGONYE | 11h ago