The county’s Health executive Iscar Oluoch said the devolved unit has been unable to trace the crucial equipment.

The machines were to be delivered to Migori Level Four Hospital four months ago to help Covid-19 patients who needed emergency treatment.

Oluoch did not reveal the exact date when the county was to receive the ventilators which were donated to the county by World Bank through KEMSA.

The outgoing Health CEC who was last week moved to the Public Service Management and Administration docket however noted that she had made efforts in tracing the ventilators and got some leads.

She pleaded with Governor Zachary Obado who was receiving donations of four other ventilators worth Sh10 million from US government to let her trace the ventilators which she said were important in the fight against COVID-19.

"Kindly let me link up with the incoming Health CEC so that we follow up on the other four ventilators so that Migori can have a total of 14 functional ventilators," Oluoch said. 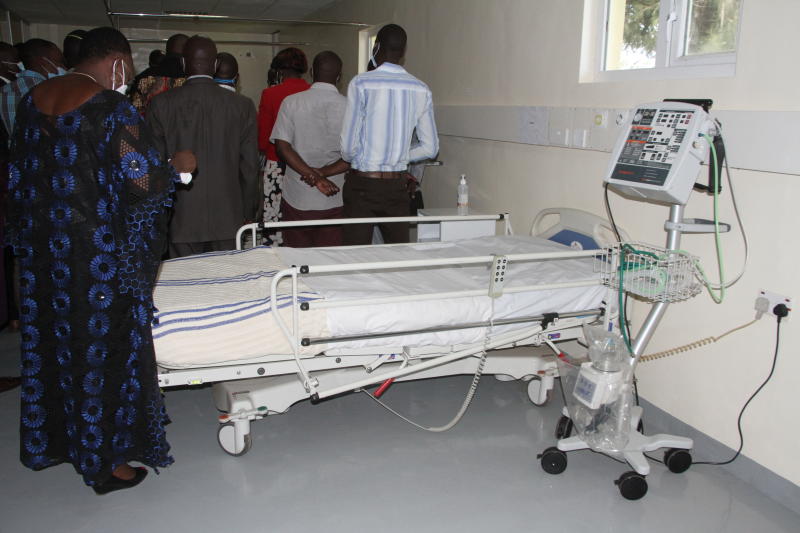 Obado said it was vital that the ventilators were traced to help the county serve patients in critical need of oxygen.

The governor noted that the county still expected KEMSA to give the county the ventilators.

"We are still expecting KEMSA to give us our ventilators. Waziri Iscar, you are still part and parcel of this family and team. You will help us locate the ventilators," Obado said, adding that the county would not be lagging behind if the ventilators were all brought at the facility.