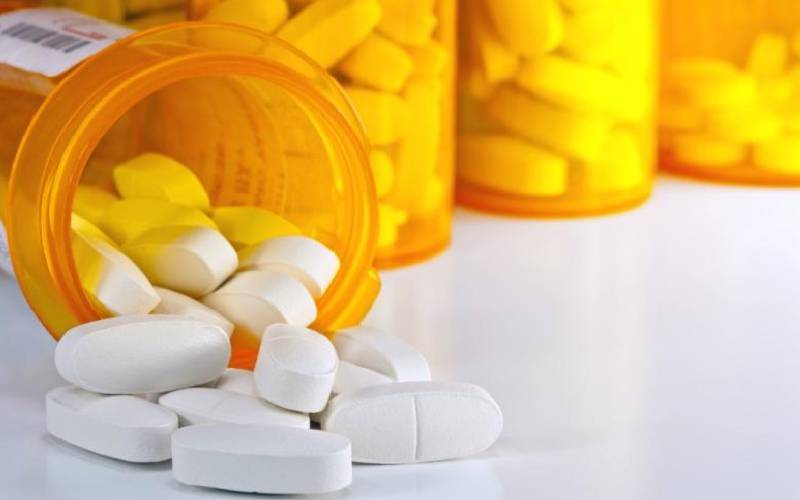 A three-year-old boy in Homa Bay swallowed 250 HIV tablets prescribed to a relative and survived the ordeal largely unscathed.

The boy had been playing unattended when he ingested the tablets contained in hospital supplied bottles. The four and a half bottles are estimated to have contained 250 pills of the common HIV drugs - abacavir and lamivudine. This, the doctors say, is many times over the safe dose even for an adult.

But even after the accident, doctors Bryan Ogoti and Thomas Chokwe of the University of Nairobi, and Angela Otedo of Avenue Healthcare, who reviewed the case, say the boy had appeared well and as playful as usual.

After the accident, the doctors say he had eaten and slept well, but the next morning the boy was drowsy, unable to walk or feed.

Twenty-four hours after the accident, he was received at the Homa Bay County Referral Hospital looking sick, lethargic and responding only to voice commands.

However, they say he did not show the expected signs of such an overdose, which may have included fever, rash, diarrhoea, vomiting or difficulty in breathing.

On examination, the doctors in their review appearing in the Southern African Journal of HIV Medicine in July say all his systems were normal.

The boy was put on supportive care and observation, but within a day he had regained normal function and a full uneventful recovery.

“There was improvement within 24 hours. He could walk around, feed orally and his urine output normalised. He was discharged after 24 hours of observation.”

But the doctors do not know what happened to the boy after discharge because the mother did not give reliable contacts and they were both lost to follow-up.

The child’s single and unemployed mother had been counselled and advised on the safe handling of household poisons.

But despite this “lucky” boy, the doctors warned that accidental domestic poisoning was becoming a major public health concern in Kenya, especially in children aged between three and four.

A review of 458 domestic poisoning cases handled at the Kenyatta National Hospital (KNH) for a one and a half year period showed high unintended poisoning among children.

Seventy-two of the poisoning cases were children aged zero to five years, with most of the little ones having ingested kerosene.

“Medical drug and chemical-related poisoning as a result of overdose was common in children aged below five,” says David Gitonga Nyamu, who led the KNH study.

Kerosene poisoning, Dr Gitonga warns, is common in Kenyan homesteads because it can be mistaken for water or another common household liquid.

“Kerosene poisoning among children is a cause for concern,” says the Kenya Medical Research Institute (Kemri).

Kemri scientists had assessed paraffin poisoning at their pediatric unit in Kilifi District Hospital for a two-year period.

For the period, 48 children were admitted with kerosene poisoning, constituting 62 per cent of all poisoning cases at the hospital. All cases were accidental and unfortunately, one child was lost.

A similar trend has also been recorded at the Gertrude’s Children’s Hospital in Nairobi. During a five year period, the hospital recorded 60 cases of poisoning, mainly in children aged about three to four years.

Twenty-eight cases of poisoning were due to ingestion of a medical drug. Eighteen were due to paraffin and other petroleum products, five due to detergent, four due to a pesticide and three due to drug intolerance or an allergic reaction.

“This is clearly preventable and indicates a need for education on safe storage of medications, childproof containers and clear instructions to caregivers,” says the study in the East African Medical Journal.

I have learnt to live with pain, rare diseases made me stronger