When pain can be eased by drinking enough water 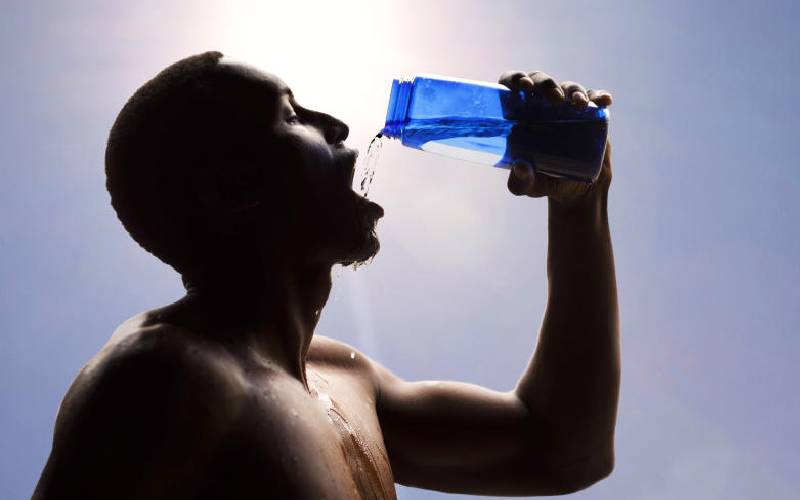 When he was only seven, and on holiday at the Kenyan coast with his family, young Etemesi Ochola felt an unfamiliar pain in his right hand. He couldn’t move it. His worried parents would then rush him to hospital when he couldn’t even bend the limb.  “Several tests were performed on me and the results showed that I had sickle cell anaemia,” Ochola, now 35, explains.  “On coming back to Nairobi from holiday, the pain worsened. It was too much I had to be admitted at the hospital for them to manage it,” he recalls.

His uncle also had the condition, and it was his counsel the family would count on a lot to understand what was happening. In most cases, many, about 50 to 80 per cent of those diagnosed with the disease, die before reaching adulthood. A study by WHO indicates that sickle cell anaemia is associated with a very high rate of deaths among children in Africa. Luckily for Ochola, they quickly learned how to manage it. Having the disease means having a low immunity, thus one has to be vigilant about feeding their body as much nutrition as they can to maintain great health.  Usually, the abnormally shaped red blood cells that are a characteristic of sickle cell anaemia impair blood supply to the spleen making it malfunction and causing it to die (splenic infarction). It starts by scarring then it shrinks and stops functioning. Spleen is a crucial part of the body’s immune system and it filters blood. Most of the sickle cell warriors lose their spleen before the age of seven. So the absent or malfunctioning spleen is responsible for the low immunity in sickle cell disease. “I had to be put on folic acid as well as other pain management medicines to keep me going. I drink plenty of water and eat a well balanced diet. I still have the pain episodes but I have people around me who know exactly what to do when I am too sick to function. I also cannot do heavy lifting,” he explains. Hydrating well reduces the chances of the sickled red blood cells clumping together and blocking the blood vessels.

Day to day management Those with sickle cell anaemia are also advised to consume plenty of fluids, use painkillers like paracetamol when needed, keep warm in cold weather and manage levels of exercise within each individual’s tolerance. However, regular lifelong medical care is essential to maintaining health, including the prevention and treatment of infections (using antibiotics and vaccines against pneumonia); prevention of malaria through regular use of preventive medicines, prescription of blood builders and transfusions when needed. However, the cost of treatment is generally enormous –the pain crises are unpredictable and frequent. Majority of poor families sometimes give up seeking any form of health care. While one develops sickle cell disease if they got the gene from both parents, Ochola’s parents were oblivious of the fact that they were carriers.  “My mum is from the coastal area while my father comes from western Kenya. They had no idea that their children would end up acquiring some genes from them that would expose them to sickle cell anaemia,” says Ochola.