From normal delivery to eight years of silence for my baby 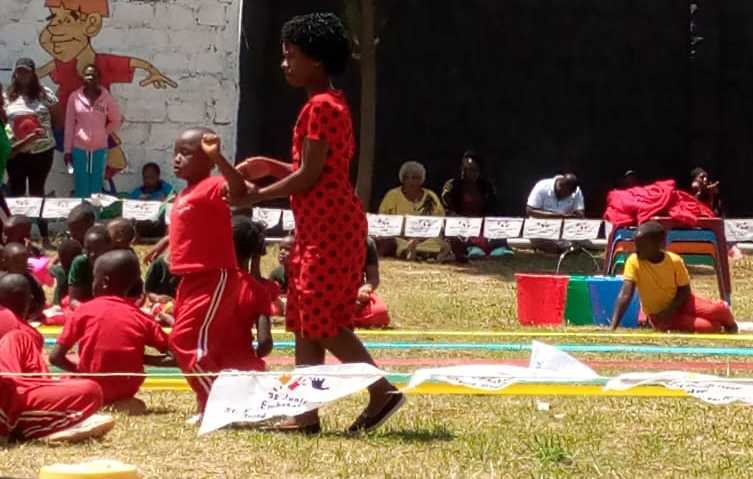 “In a battle of four, I must emerge victorious.” If only he could speak then it is possible that his courageous and bubbly soul would utter the words as his first.

Eight years of silence but also eight years of observation depicts the life of a young boy we will call him Lucas.

Since Covid-19 set foot in the country he has hardly stepped out of the house and he misses school pretty much.

Oblivious of his underlying conditions, he spiritedly plays with his siblings and in fact, outdoes them in the little race towards the gate.

He glares and mentions something but his siblings do not make out for it and the game continues. This is the trend now. He is okay with it and the best time is cartoon time.

“I was happy that I gave birth to a healthy baby boy with no complication from delivery and our journey together started. Two weeks later, he was diagnosed with jaundice and it was treated,” Lucas mum narrates.

The year 2012 marked a new beginning in the life of Margaret Karaya the mother of Lucas and her entire family.

“During the fifth month, he started developing changes. It all began as coughs, flu, and frequent ins and outs of hospitals. He was later on diagnosed with pneumonia and the x-ray images showed that he had weak muscles which could barely hold his neck in position,” She adds.

According to the X-ray results, there was no underlying condition despite the weak bones that were shown from the images. He was then given medication to improve his immunity.

“It was during a clinic visit that one doctor at Mbagathi Hospital suggested that I should take Lucas for a thyroid check-up. Growth development for Lucas became stagnant from the fifth month and for a child at one-year+old with 6 kilograms of weight did not make sense to me so I headed to the advice.”

Margaret was referred to seek the thyroid test from the University of Nairobi and was later referred to Kenyatta Hospital for hormonal imbalance treatment. Results came positive and Lucas was suffering from Hyperthyroidism.

According to the National Health Service a health website, the thyroid which is located in the neck just in front of the windpipe produces hormones that affects things such as the heart rate and body temperature.

Too much of the hormones can result in anxiety, swelling of the neck, fast heart rate, weight loss among others.  However, the condition is about 10 times more common in women than men and mostly occurs between ages 20 to 40.

Lucas experienced a low thyroid function and this hindered his growth creating a need to start clinic sessions to treat the hormonal imbalance.

Life was just beginning to get back to normal when at three years the doctors discovered that Lucas ears drums became perforated and stopped functioning rendering him unable to hear. More to that he developed convulsions disorder.

“We have been in and out of treatment in clinics. For about three years the Ears, Nose and Throat (ENT) specialists have been his closest friends and he is also undergoing clinic sessions to control the convulsions, “says Margaret.

She further adds that at six years Lucas began crawling, siting and the following year he started walking.

The number of patients visiting hospitals had suddenly gone down with the rise of Covid-19 with some hospitals reducing clinics visit days.

“With Covid-19 I have not been able to take him to the clinic because of fear of getting the disease as a result we have just been using the medicines we have.”

According to a report on the Indian journal of Endocrinology and Metabolism, Iodine deficiency is a huge public health challenge across Africa and is the commonest cause of thyroid disorders.

UNICEF estimates that 8 per cent of newborns from sub-Saharan Africa are unprotected from learning disabilities resulting from iodine deficiency related disorders.

“We are still taking chances, we have not given up. We consulted specialists and were advised to wait until the wetness within the ear drums clears up so that a corrective surgery can performed. Meanwhile Lucas relies on the hearing aids which assist slightly,” states Margaret.

Just like many Kenyans who opt to travel abroad for further treatment, Margaret and her husband Jackson Karaya had thought of travelling to India for the cochlea implant.

“We had India in mind but now we don’t see the need for it because the doctors here gave us the little hope. If that fails then we will let him stay that way,” she says.

He may not say it but Lucas misses school. According to the mother, he usually looks forward to taking the bus to schools and meet his friends.

“We take him to school so that he can interact with the other children although he needs a nanny to help him within the school compound but he enjoys his days there. He is still unable to read like other students but with the physical activities that the school does he feels part of it,” she adds.

In a family of four siblings it is hard to separate Lucas from the rest. He blends with the rest and plays just as any normal child would.

“The siblings are his biggest motivation. He noticed that his younger ones were crawling and walking and that is what made him put effort to also stand like the rest. If I had separated them then it would have been hard to see his progress.”

Margaret remains hopeful that one day Lucas will overcome the multiple conditions he faces today.

“Lucas is my motivation. I have hopes in him and I know that he moves because I believe in him. I do not see in him the challenges but a boy who has overcome them and is about to become the best. We have come a long way and I accepted it. As a mother I hope for the best for him and I love him so much because I was lucky to have him,” says and emotional Margaret.