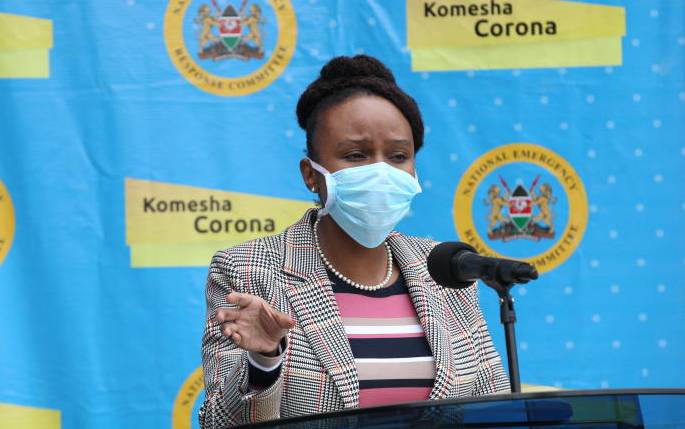 The government yesterday fell short of defending the decision to place under quarantine people who failed to observe the curfew, as Covid-19 cases rose to 320.

Dr Amoth defended the decision saying the individuals were assumed to have been exposed to the disease by failing to observe the 7 pm to 5 am curfew.

Dr Mwangangi said any decision made on quarantine was informed by World Health Organisation guidelines and global best practices that suspected cases of exposure to the virus needed to be isolated.

However, the individuals arrested are neither tested before being quarantined to determine if they have already contracted the disease nor asked about the history of their movement to find out if they could have come into contact with infected people.

As such, the government facilities, including schools and colleges, are being flooded with individuals, some who might be positive and others not.

“We are aware that the issue has generated a lot of debate. We are working to improve the conditions of the centres,” said Mwangangi

The CAS insisted that the quarantine approach was a worldwide public health measure. She said some of the positive cases reported in the country had emanated from the quarantine centres.

During the update on the Covid-19 situation yesterday, the Ministry of Health reported 17 new cases. The CAS said two cases were from mandatory quarantine centres while the rest were from contact tracing.

“The fact that they were picked by the surveillance team, it means they were living in the community,” she said.

The 17 cases, all Kenyans, were from 668 samples tested in the last 24 hours. Twelve are from Mombasa and five from Nairobi.

Additionally, some six patients have tested negative, bringing the total number of recoveries to 89.

“I am happy to announce that other than the two that are in Intensive Care Unit, the rest are mild cases and will hopefully be discharged in proper order of time,” she said.

Amoth said some escapees from a quarantine centre in Nairobi had been traced to Kericho.

He insisted that the government had not criminalised the quarantine process but could not confirm whether the conditions were good.

“What we should do to improve the conditions, for those who are positive, we move them to isolation and those who test negative we allow them to go home and continue with self-quarantine,” Amoth added.

While acknowledging that some of the measures put in place by the government, including mandatory quarantine, curfew, hand washing and wearing of masks in public places had played a role in containing the disease, Mwangangi said a meeting scheduled for Sunday would determine if they would be extended or lifted.

“We have come up with a matrix that will be evaluated this Sunday by the National Emergency Response Committee, which we will then see if they will be tightened of loosened,” she said.

The Health CAS also noted that the over-reliance on sanitisers over soap and water as a measure to curb the spread of the virus was a misplaced priority.