My struggle to be a father

For eight years, Apollo and Jacinta tried to have a child in vain. Then Apollo found out that he had low sperm count, and it felt like his world was coming apart at the seams.

The last thing any man wants to hear is that he cannot be a father. And in the African setting, many will not admit to it. For Apollo Kiugi, this realisation was not one his mind could readily accept. It couldn’t be. He came from a bloodline of virile African men. Ones whose loins were as impressive as their physique. But let’s go back a few years where the story began.

On August 1, 2009, Kiugi watched his beautiful bride Jacinta walk down the aisle. She wore the most beautiful smile he had ever seen, and he was very aware of his fast beating heart. He was happy, no doubt about it, evident from the wide grin that danced on his face giving him the look of a besotted man. But he didn’t care about that. He didn’t even care that he felt a tad bit nervous. Looking at her radiant face, he promised himself that he wouldn’t let his new wife down. Not when she was the best thing he had ever had. He wanted what she wanted; a houseful of children and all that came with it.

Wedding done, the newlyweds soon settled into a comfortable domesticity. But things didn’t exactly go as they had hoped.

“Like many other couples, we expected to have a baby in our first year of marriage but this never happened,” Kiugi says.

Every month, like clockwork, Jacinta would get her monthly flow. And their hearts would sink a little. A year sped by and they began to get worried. And so they turned to the only thing they knew. Prayers. They are evangelists after all.

“In the second year, we began praying to God in earnest about it. We would kneel and cry out to God when it was just the two of us, and sometimes I admit, we did question God,” Kiungi says.

Friends and relatives would, however, not give the couple a break.

“Some would ask my wife what she was waiting for. They would ask her why she didn’t want children when she was still young. Those were painful discussions for us, because only we knew how badly we wanted children,” he says, the memory bringing a frown on his face.

When they clocked three years, they decided to go to the doctor, hopeful that there wasn’t much to deal with. Their childlessness was also bringing tensions between the two of them and they hoped this would resolve them.

“We decided to get the doctor’s opinion because this whole situation was taking a toll on our marriage and during the three years, we would argue over very small issues. We were sad and frustrated,” Kiugi adds.

After several tests at the doctor’s, the report was ready. “They said that my sperm count was low. The doctor then told us that there was nothing to do other than to adopt children.”

And so the couple left, stressed and unhappy. That evening was the first of many tense ones.

“Our dreams had been to have many children, and now we were being told that it was impossible.”

Further tests were carried to ascertain the real cause of the low sperm count.

“They did some blood tests to check my hormones for an imbalance. Then an ultrasound to view my testicles and prostrate and finally a biopsy to evaluate sperm production. All those procedures were to clear any doubts and the doctors came to a conclusion that I had hormonal imbalance.”

The doctor’s advice was to go home and not stress about the condition. That sometimes finding something else to focus one’s energies would resolve the problem.

“So I went home and signed up for a Master’s degree in development studies. It was about time anyway.”

But not worrying was easier said than done for Kiugi. Not when he came home to a house with no joyful shrieks of children. While he would have liked to seek counsel from his male friends, and was presented with many openings to bring it up, the humiliation that would wash over him every time he tried kept him mute.

“Some of our friends would jokingly ask us if the reason we were childless was because we were still tearing up the sheets in newly-wedded bliss. We would laugh along to the good-natured teasing, but it did hurt. And in private, would ask God why he allowed us to go through the humiliation.”

Jacinta and Kiugi would encourage each other and hope that one day, they would look back and laugh about it.

“My male friends would time and again ridicule me openly, they would tell me that if I couldn’t do the job of impregnating my wife, I should ask for help. Truthfully, these comments stung, and only talking to my wife eased my pain. I felt like I was failing her,” says Kiugi.

He lived in hope that a miracle would save them. Seeing their friends get married and sire children didn’t make things any easier for the couple. And in one last ditch attempt, during their eighth year of marriage, they decided to consider in vitro fertilisation (IVF). But just before they could get their appointments firmed up, Jacinta started feeling ill.

“We couldn’t really put a name to what she was feeling but she wasn’t her usual energetic self. We went to the clinic and alas, she was pregnant,” he says, his face lighting up.

“Maybe it was the decision I made after a period of wallowing to heed the doctor’s advice and stop worrying about my sperm count. Or it was simply God. Either way, it was a miracle. 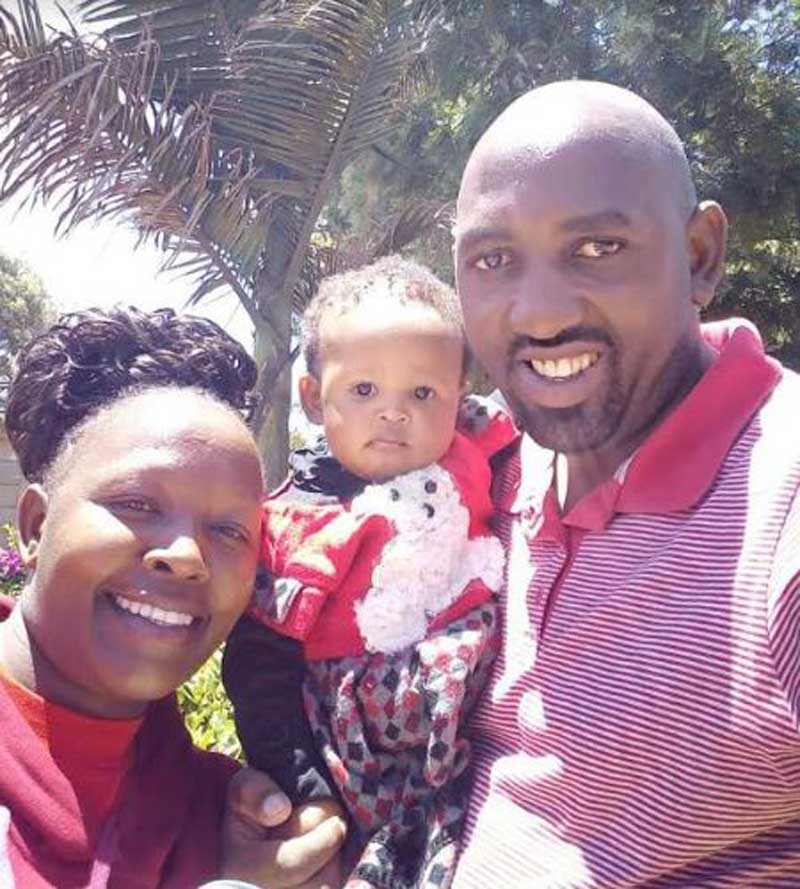 “We named our daughter Victoria because to us, having her with us was a real victory.”

Little Victoria has her father’s eyes and her mother’s spirit. What the little girl doesn’t know just yet though, is that she has her parents wrapped around her little finger.

“She turns three in 10 days, and she is something amazing,” says the proud father, grinning from ear to ear.

Causes of infertility in men

Basically the blockage might have been caused by a sexually transmitted disease. It affects the tubes that bring sperm down to the urethra.

“Sperm is produced in the testes and is stored in the epididymis. During intercourse, when a man is having an orgasm, in a microsecond sperms are transported from the storage and get mixed with prostate gland fluid and comes out as an ejaculate. You can ejaculate seminal fluid without sperm if the tubes are blocked, Dr Kireki Omanwa, an obstetrician and fertility specialist explains.

If a man has an excess of female hormones, this may deter the production of sperms.

“When a patient presents themselves, we first ask for a semen sample. When the analysis shows that there is no sperm, we ask them to do a blood test for a hormone check. If the hormone levels are okay and still there is no sperm, then it means that sperm is being produced, stored, but are not coming down during ejaculation. This means there is a blockage,” Dr Kireki says.

The tubes may also be blocked because of other reasons like surgery where tubes are accidentally cut.

Normally, when a baby boy is in the mother’s womb, before delivery, the testicles descend and get into the scrotum.

“But sometimes this is not always the case. Sometimes one of the testicles can descend while the other remains in the canal. If this is not discovered early, and measures put in place to pull it down, the boy may grow up to face fertility issues. At this point this is only discovered after a scan that shows that an empty scrotum.”

Then a scan would be done to determine where they are.

“If they are not in the right place and aren’t discovered for remedial procedures, scrotal cancer could develop,” explains the doctor.

4. Abnormal connection of the tubes in men

Dr Kireki points out that sometimes the connections of the tubes can have a misalignment or disconnection.

“What happens, in this case, is, instead of sperm coming out correctly, they flow back into the bladder and into urine.”

5. Other causes include cancer treatments like radiation therapy, autoimmune diseases and conditions like diabetes where the drugs can cause low libido and infertility.