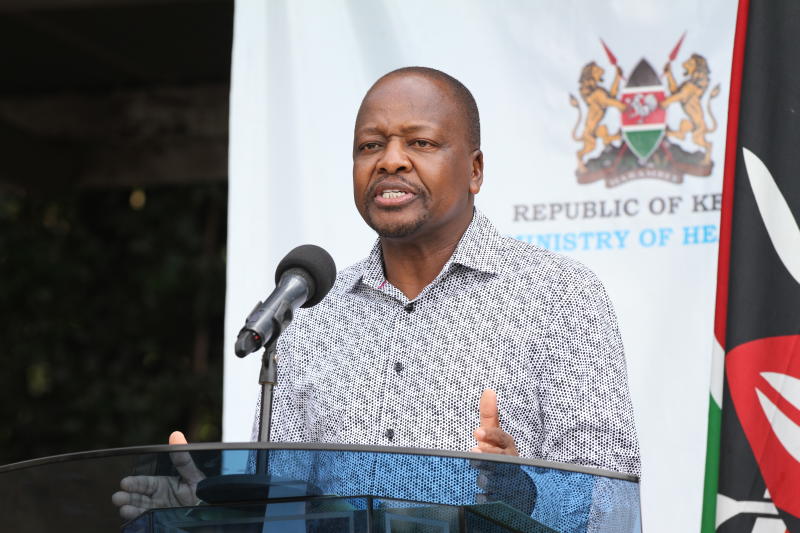 Kenya has confirmed four more cases of the coronavirus bringing the total to 42.

Three are foreigners from America, Cameroon, and Burkina Faso and one is a  Kenyan citizen.

Three cases are based in Nairobi and one is in Mombasa County.

Nairobi County is currently leading with the highest confirmed cases at 31, Kilifi county with six, Mombasa with three, while Kajiado and Kwale counties have one case each.

The CS also said that the health Ministry is monitoring 1,426 persons who are close contacts of the infected persons.

215 people have so far been discharged after completing the mandatory 14-day quarantine period.

"Our medical teams have embarked on mass testing of all people who arrived in the country and are isolated at various government facilities,” Kagwe said.

He added that eighteen people are currently admitted at Mbagathi hospital in Nairobi.

“There are 2,050 people quarantined in about 14 government facilities across the country,” the CS said.

Kagwe has appealed to Kenyans to embrace the fight against the pandemic saying that it is not just a government affair but everyone’s responsibility.

"We have an opportunity to break the cycle. Let us take advantage of this opportunity. Let us follow the rules and show ourselves and the rest of the world that we can do it," he implored.

The CS expressed concern on leaders who are spreading false information on social media and giving contradictory statements.

Kagwe said: “We have noted that misinformation is doing rounds on social media where a leader in the country is claiming that there are over 7000 people in mandatory quarantine and while this may ultimately be the case it is simply, at the moment, not true.”

The CS was responding to claims by Dagorretti South MP John Kiarie that 7,000 Kenyans who arrived in the country between Wednesday and Sunday were being quarantined at Lenana School in Nairobi and Kinyanjui Tech.

Kenya currently has an acute shortage of testing kits, so the country cannot adequately test how many of these new arrivals are currently positive! We currently do not know the exact number of positive cases in the country. — John Kj Kiarie (@KiarieJohn) March 28, 2020