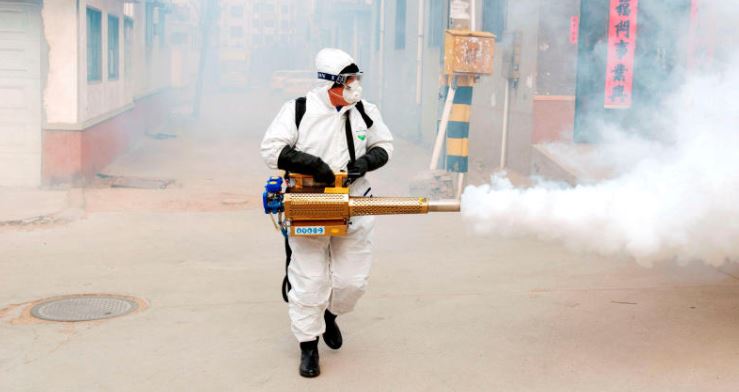 The Ministry of Health has sent result samples on the suspected Coronavirus case to South Africa for further validation.

The outcome of the results will then determine the next cause of action to be taken.

This is the first suspected case of coronavirus in the country that emanated from a Kenyan who flew in from China on Tuesday.

According to the Ministry, the passenger arrived at the Jomo Kenyatta International Airport (JKIA) from Guangzhou, China, and after the screening, was found to have a fever.

He is said to have left China's Wuhan City - the epicentre of the coronavirus epidemic that has so far killed more than 100 people, on January 20.

The patient was then put under isolation at JKIA before being moved to KNH's Infectious Disease Unit.

Coronavirus tests are currently being conducted at the National Influenza Centre.

"The suspected case remains in the isolation facility at KNH while investigations and laboratory tests are undertaken," said the ministry in a statement read by outgoing CS Sicily Kariuki.

The virus has so far claimed more than 170 lives and spread to more than 8,100 people globally.

It is being considered a health crisis, to the extent it has dealt a heavy blow to the world’s second-largest economy.

More than 100 cases have emerged in other countries, from Japan to the United States.

According to Reuters, the World Health Organization (WHO), which has held off declaring the flu-like coronavirus a global emergency, began another meeting in Geneva to reconsider.

By Gardy Chacha 21h ago
Impotence: I had semen but no sperms

By Rose Mukonyo 1d ago
Dr Eddie Mairura: 'Sometimes I went for 30 hours without sleep'