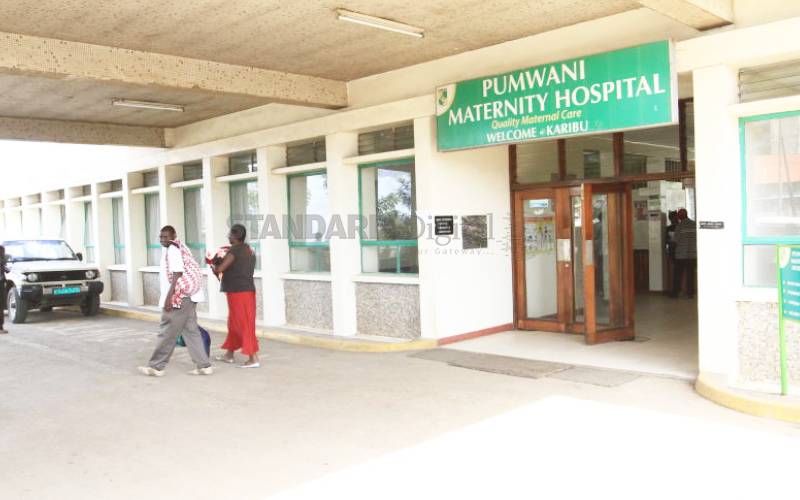 Newly delivered mothers are being discharged prematurely due to inadequate funding for the government's free maternity programme, a new report says. Cotton wool and surgical blades are also some of the necessities expectant mothers have to pay for in public hospitals as the health facilities grapple with poor funding. For example, in Kilifi County, as the report by The Open Society Initiative for Eastern Africa (Osiea) revealed, women are discharged to avoid sleeping on the floor due to lack of space.

The report released on Tuesday says the free maternity programme is underfunded and does not meet the surge of expectant mothers seeking facility-based delivery.

Aggrey Aluso, Osiea programme manager, said the funding formula is meant to ensure more money goes to the private health sector, leaving mothers in public facilities suffering. “We have a health sector which is deliberately using public resources, pushing policies that benefit the private sector,” he said at the launch of the report titled The Impact of Government Supported Maternal Health Programmes on Maternal Health Outcomes in Kenya. He said so bad is the situation that hospitals have no basic commodities to manage simple scenarios around maternal health. "In some instances, they (women) were asked to pay for cotton wool and blades and other essentials. Both providers and service seekers were in agreement that the increase in those seeking services had compromised quality," the report reads in part. Mr Aluso told of an incident where a woman who sought services at Homa Bay County Referral Hospital could not be attended to because there was no blood, and she kept on being shuttled between Homa Bay and Kendu Bay for seven hours until she died.

"Is this even a normal death or murder?” he posed during the launch of the report. The report, which details the hits and misses of government free maternity services, shows that hospitals are discharging women just four hours after delivery due to lack of space and limited supplies.

This is contrary to the 2018 World Health Organisation (WHO) recommendations that a mother who has delivered naturally should stay in hospital for at least 24 hours for medics to monitor her condition and that of the baby.  In Kilifi, a mother confessed that she was discharged four hours after giving birth. “I gave birth at 12pm, it was a normal birth and at 4pm, I was discharged because I could not sit on the floor and there was no bed because of congestion,” said the mother as quoted in the report. The report revealed that at Mbagathi Hospital in Nairobi, new mothers are deliberately discharged early because of high numbers. The hospital used to handle 300 mothers per month before the free maternity programme but now it handles more than 800. “Even if you deliver at 6am, by 2pm you should be out as a coping mechanism strategy otherwise we can be overwhelmed,” a health worker at the hospital was quoted in the report. At Pumwani, which is the country’s main facility providing maternity services, the situation is the same, with between 2,000 and 3,000 deliveries per month. “When you have like 60 women in labour wards with only six nurses, what care can you provide to each of them? The same also applies to availability of cleaners to make the environment clean. We are overwhelmed,” the report quotes an administrator at the facility.