The celebrated gospel songstress fell in love with her husband the minute she saw him. 25 years later, their love is still as strong and enduring:

One would have thought that celebrated gospel musician, Sarah K, was getting married this past weekend. From walking down the aisle, to the wedding décor at the venue, to the dress she wore and the way she serenaded her husband, everything was set up to simulate an actual wedding.

Her deep, powerful voice resonated throughout the church as she sang "Nakupenda" to him, a passionate declaration of the love that they have had since they wedded 26 years ago, which she says "feels like just the other day."

They are evidently as enamored with each other as when they first met, and the 'Hakuna Silaha' singer says it is probably even better now. That was the reason they made the celebration of their 25th anniversary look like a wedding to show that marriage works, especially to this generation and for their children.

Her husband, Samuel Mwangi, is a pastor in the Anglican Church. When they got married in 1992, he was immediately posted to the Korogocho slums, where they lived for four years. Sarah was only 21 when they got married. They were madly in love, but she found that her fantasies were a stark contrast to the reality of married life.

"I knew that I was joined to this man and this was my life, but at the back of my mind I was expecting to go back to my mother. I remember two or three weeks after our honeymoon, I went back home and I could not hold back my tears. I was happy with him and loved him, but the newness of the experience was overwhelming."

As a newlywed, she wanted to support her young family. She had studied dressmaking but did not have the equipment needed and had no job. "I did all sorts of things to make ends meet, like selling sukuma wiki and tomatoes," she says.

She knew that she could sing, but did not quite harbor dreams of being a musician.

"Using savings from college, my then fiance' Mwangi, sponsored my first album the year before we got married, but I didn't record anything else for the first four years of our marriage.

When they met, Mwangi was a youth leader and she was a young teenager who sang in the Church's praise and worship team. Sarah had been praying for whoever her husband would be since she was in Class 7.

"We lived in Loitoktok but later moved to Gatanga, where my husband comes from. The first time I saw him was when I went to church with my grandmother and he was the one preaching. Truthfully, I did not hear what he was saying because I was so enamoured by his presence; his looks, height and polite manners. When I went back home, I told my sister that I had seen a guy preaching and I thought he would become my husband someday," she confesses.

Two years passed and the memory of him faded. Then she saw him in church again and it all came back to her.

Mwangi first thought of Sarah the first time two of her younger sisters went to church and introduced themselves as visitors. They mentioned that they had an older sister and he found himself very curious about the said older sister.

Eventually, with her as a singer and him as a youth pastor, they became fast friends. "One day he said he asked to see me and I guessed what it was about but I didn't want to think about it too much because I was protecting my heart. Those days, every Wednesday was my prayer day so I told him he could see me on one of those Wednesdays in church," she says.

He made his feelings known two weeks after that and told her that after having waited and so much prayer, he was sure that she was to be his wife. They started dating when she was 20 and he was 28.

He proposed to her a year later and they got married in Gatura, Gatanga, on April 11, 1992. Their wedding drew hordes of curious onlookers, not to see them, but to see in person the famous minister officiating the wedding, the late Archbishop Manasses Kuria, the second African Archbishop and former Bishop of Nairobi in the Anglican Church of Kenya.

Their marriage has survived her fame, which has grown in leaps and bounds. "When I am out there, people may consider me a celebrity, but when I get into my house I am a wife and a mother," she says. They have three children; Patricia 24, Meshack 20 and Caleb,10. 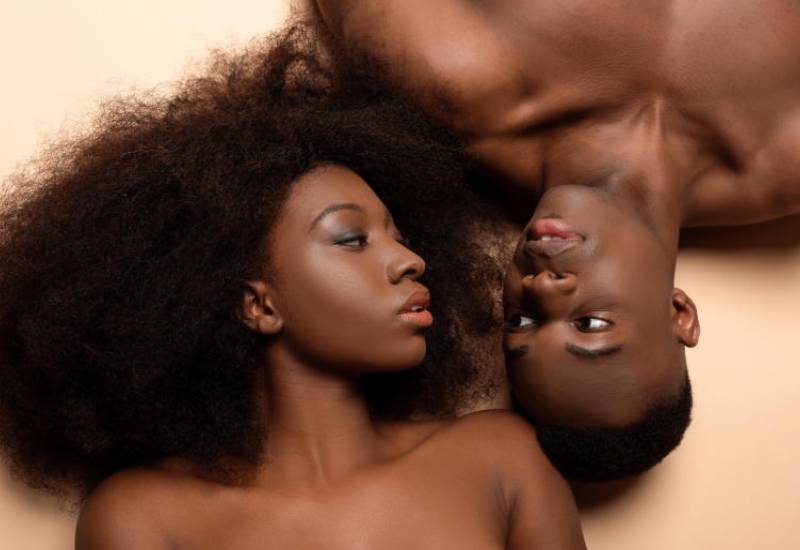